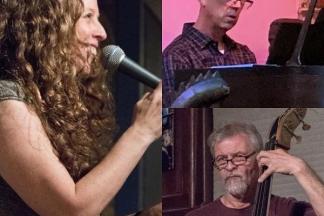 Born in Toronto, vocalist Renée Tannenbaum appeared at a variety of venues in Canada, Italy and New York City before moving to Washington, D.C., in 2001. With her lyrical interpretations of jazz standards in English, French, Spanish and Italian, Renée plays with the area’s top musicians at the city’s best music venues, including the legendary Blues Alley, and has performed at several of the Smithsonian’s prestigious concerts, including the Take Five! jazz series at the American Art Museum and the National Gallery of Art’s Jazz in the Garden concert series. Renée has also toured internationally, in Italy and the Czech Republic. Her CD Sway was released in 2006.

Pianist Jon Ozment is a performer, instructor, composer and arranger. He holds a Master's Degree in Jazz Studies from the University of Maryland, College Park, and also pursued private study with Paul Bley. Known for his superb musicianship, Jon has appeared on numerous recordings, has performed in concerts with Jon Faddis, Bobby Hutcherson, Al Jarreau, Nneena Freelon, Frank Foster, Clark Terry, Frank Wess, Chuck Brown, Curtis Fuller, John Handy, and Larry Ridley, and has toured nationally with Marlena Shaw, Miki Howard, Rain Pryor, Kim Waters, and the Blackbyrds. Throughout ’97-’99, he toured the States and Europe with saxophonist Maceo Parker. Jon is currently Adjunct Professor of Jazz Piano at the University of Maryland in College Park and at the American University.

Streaming cost is $5
Donations are welcomed.
The link will be emailed to you approx. 15 minutes prior to the show
and will remain active through July 25 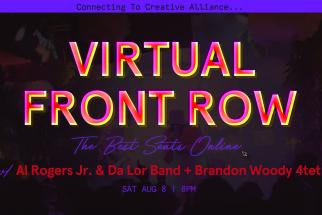 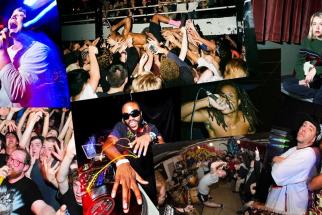