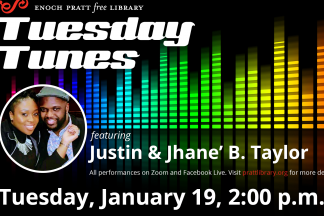 Whether dominating the ivory keys of a grand piano or the weighted 88, Justin Taylor commands a sound and style that captivates audiences and astounds the listener. His approach to creating music and connecting with his audiences nothing short of music mastery in its finest. This Towson University graduate, with a degree in Jazz Studies and Commercial Music has been performing for over 24 years on both local and national stages with some of the music industry's most prolific and well known artist in jazz, gospel& R&B. Equally skilled in theses styles of music, Justin is also a writer, producer, and engineer. He has performed or opened for artist such as Grammy nominated R&B & Hip Hop artist Jaheim, Contemporary R&B and Pop singer K'Jon, Baltimore's very own National recording artist Maysa Leak and national recording saxophonist Corinthia Cromwell, Tim Warfield, Warren Wolf, Ed Hrybyk and several other prominent local and national artist. Because of Justin's versatility. He is one of Baltimore's most sought after young pianist who is making his mark in this great art form called music. He has recorded on several national & artist albums in his career and has taught at Columbia & Baltimore's School of Rock & performed in artist in residency ensemble at Towson University. Justin is currently working on material for his debut project.

Jhane’ B. Taylor is a humbled, bubbly and beautifully blessed, God fearing Queen who’s heart and drive is like that of a fiery lionesses.Jhane’ decided to stay as original as possible to herself, by using her real name that is pronounced (Zsa-nae). She is in the business of helping and healing the world, one heart at a time.

Jhane’ started singing at a very young age along with her Mom, at her Grandfather’s church in Washington DC. While in her mother’s womb, her mother introduced all genres of music to her by putting headphones around her stomach so that Jhane’ could hear whatever her mother played for her. It was destined for Jhane’ to be doing something with music.

Her father was a drummer. Her mother is a choir director, singer/songwriter who still sings today solo and in a gospel trio with her two sisters Veronica and Alesha called “The Pittman Sisters”. They are Daughters to The infamous Dr. Bishop Willie O Pittman, who also sings. He is the Bishop and founder of The New Memorial Temple of Christ Apostolic Faith Inc, that was founded in Washington DC and now resides in Capital Heights MD. Jhane’ still loves to attend worship where she is a faithfully active member at her family’s church. She’s gotten to know Christ for herself growing up in this same church.

Her heart wants to pull broken pieces back together Worldwide and heal deep internal wounds. Today, she is using storytelling in her style of singing to sing songs of Love, Hope, Joy, Peace and Happiness to the ears and hearts of the people. Her joy is infectious and her heart awaits to see the people’s smiles!

Please click the link below to join the webinar:
https://marylandlibraries.zoom.us/j/99974370555?pwd=TFJsajRMeGlkajlmWGlU...
Passcode: 123524

The performance will also be broadcasted on the Enoch Pratt Free Library Facebook page. 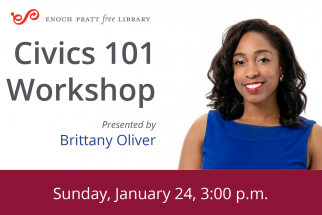 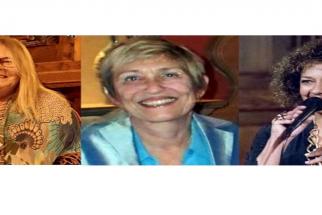 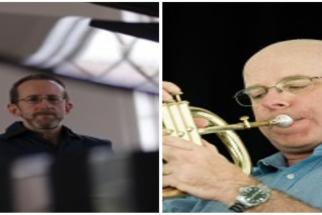