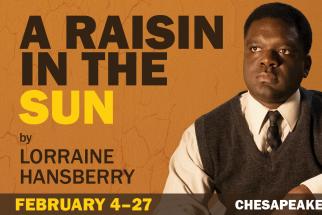 A RAISIN IN THE SUN by Lorraine Hansberry, opening February 4th at Chesapeake Shakespeare Company. The essential story of a Black family's determined struggle to achieve their dreams. 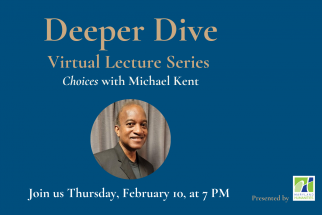 Deeper Dive: Choices Enslaved Blacks had to make because of the 1814 British invasion of Southern Maryland with Michael Kent

During the invasion of Southern Maryland during the War of 1812, the British attempted to disrupt the economy by freeing slaves. Enslaved people could choose to leave with the British and end up in Nova Scotia, Trinidad, or Jamaica. Some enslaved people chose to join the British, while others joined the American Navy. Most enslaved people remained where they were. “Choices” examines the factors behind the decisions and the ultimate outcomes.

Pandemic and weather permitting, we will be having a book giveaway on Sunday, February 13, 2022. Subject to change at any moment unfortunately! So check back often. We will be accepting book donations from 9-2, and allowing 55 people in the building every hour. Details below (and even more details on our website bookthing.org):

Book Giveaway:
We will allow patrons into the building to select their own books on Feb 13th, using a timed-entry format. 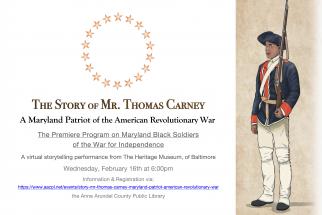 The premiere program (virtual) on a Maryland African American soldier of the War for Independence, 'The Story of Mr. Thomas Carney - A Maryland Patriot of the American Revolutionary War', is a period performance piece, derived from the new book of the same name, by a Baltimore author, to be released this spring. The historic Poe House is currently closed to the public due to the COVID-19 response in Maryland, but that doesn’t mean Poe’s chamber door is closed to you online. Join us for a live virtual tour of the historic Edgar Allan Poe House & Museum, led by a real museum docent. Poe enthusiasts and artists encouraged to submit to 4th annual Saturday Visiter Awards, due May 30.

Lynn Cullen, nationally recognized author of Mrs. Poe, to serve as presenter and guest of honor at awards ceremony in October 2022.