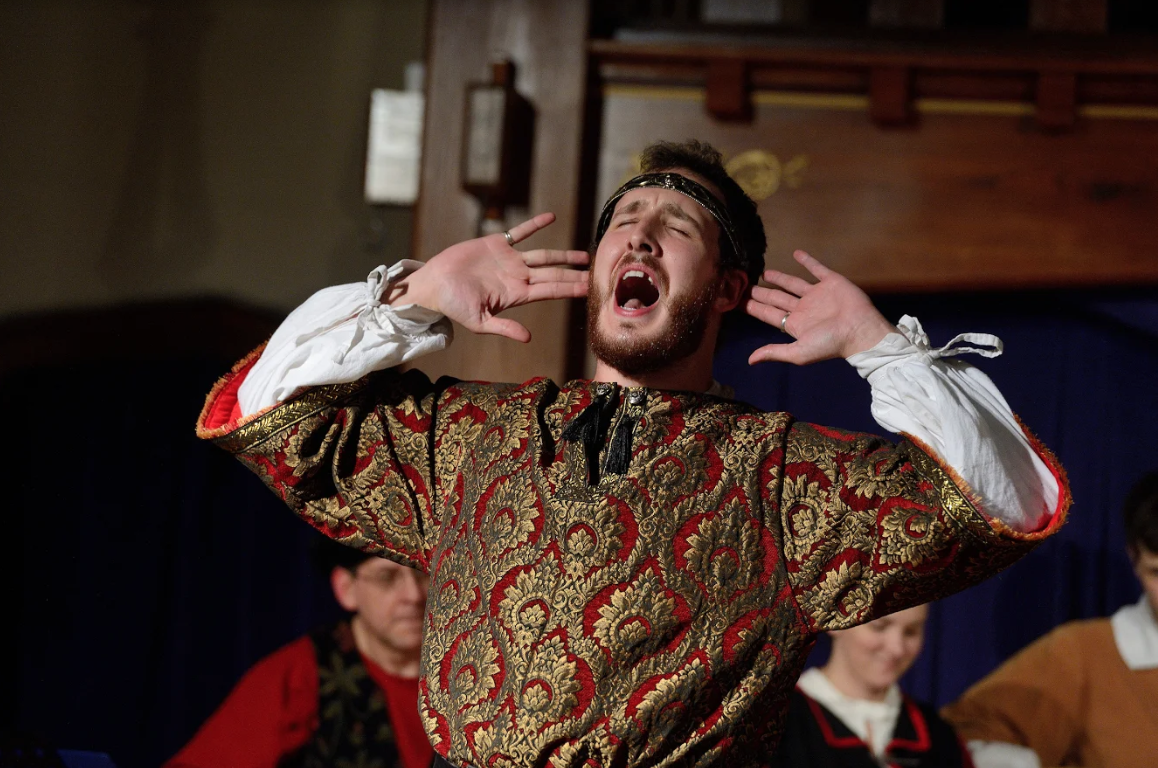 Perhaps William Shakespeare’s best-known play, Romeo and Juliet is THE classic of youth on the cusp of adulthood, and star-crossed love torn apart by passion and vengeance. Like life, it’s a play that’s half comedy and half tragedy; Romeo and Juliet will make you laugh out loud before it breaks your heart.

The Merry Wives of Windsor

The story goes that Queen Elizabeth I was so enamored with the character of Falstaff that she demanded to see a play about sweet Jack in love. Shakespeare delivered as only he could, with one of his most free-wheeling and manic comedies. Rolling into Windsor flat broke, Falstaff decides he’ll woo two wealthy women—instead, he becomes the butt of every joke they can imagine.

The Knight of the Burning Pestle

A sendup of courtly romance, The Knight of the Burning Pestle is the reason we stage Shakespeare’s contemporaries: Bill never wrote anything this bawdy or satirical. A normal play about a London grocer is interrupted by the audience and rewritten on the fly to become an increasingly absurd chivalric epic that leaves no target un-pricked.

Prince Hal is all grown-up. Following his ascent to the throne--and the subsequent battles, marriages, and alliances-- Henry V tackles the challenges of monarchy in the era of the Hundred Years War.

This incomparable tragedy follows King Lear-- a character nearly unparalleled in all of literature--in his efforts to divide his lands and test his daughters' love. Experience it in Original Shakespearean Pronunciation, as Shakespeare's audiences first heard it in 1606.