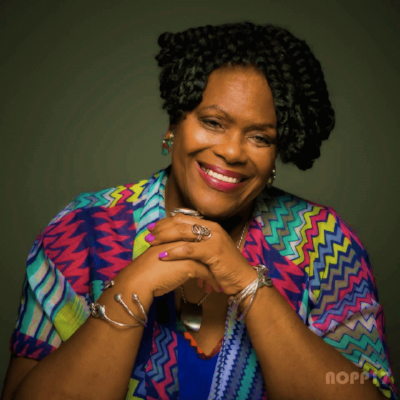 Carol Bebelle (a.k.a. Akua Wambui) is a native New Orleanian and a proud product of the New Orleans public school system. She received her undergraduate degree from Loyola University in sociology, and her master’s degree from Tulane University in education administration. She spent nearly 20 years in the public sector as an administrator and planner of education, social, cultural and health programs. In 1990, Bebelle embarked on a path of independence that started with establishing Master Plan Development Associates (MPDA), a private consulting firm that offered planning, development, and grant writing services to human service programs and initiatives. Her clients were nonprofit organizations in the areas of health, social, education; arts, cultural, and religious programs; and for entrepreneurs and artists. By 1995, Bebelle realized that the cultural and creative heartbeat of New Orleans was an under-tapped resource on the landscape of community development. She realized that the power of culture and creativity combined could unleash progress, improvement, and economic inclusion for much of the under-represented members of the New Orleans community. Bebelle is a published poet and writer. She has to her credit a book of original poetry “In a Manner of Speaking,” is presented among other New Orleans writers in the Anthology “From a Bend in the River” edited by Kalamu ya Salaam. She has several published interviews, testimonies and a chapter in the recently published “Civic Engagement in the Wake of Katrina” edited by Amy Koritz and George J. Sanchez. She also joined a group a notable authors by writing an essay for the art catalog “Ashe to Amen.”

Bebelle is recipient of several local and national awards and commendations, but prizes most the role she plays being a contribution to the overall development and evolution of her community. Bebelle is a constant voice, a frequently sought presenter and advocate for the primal role of culture in establishing a quality life in urban environments especially New Orleans. Her day-to-day laboratory for this work is the Ashé Cultural Arts Center where the daily agenda is created by the intersection of culture, community and art.