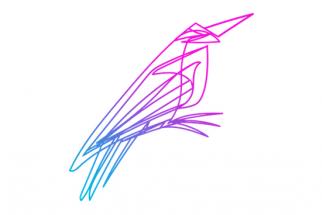 OUR MISSION
Iron Crow Theatre produces queer theatre for a queer city; celebrating the renegade and the unorthodox in all of us.

WHO WE ARE
Iron Crow Theatre is a not-­for-­profit 501(c)(3) organization and Baltimore’s award-winning queer theatre.

WHAT IS A QUEER THEATRE?
We define queer broadly, as the celebration of the renegade and the unorthodox. We don't seek to define queer for others, but rather hold space for those artists, patrons, playwrights, etc. who identify themselves or their work as being queer, or in support of the queer experience. Queer can manifest itself through aesthetic, thematic elements, gender identity or sexual orientation, and/or theatrical approach or convention. By developing and producing work that explores and celebrates that which is queer, we in turn begin to engage in a dialogue about what it means to be American.

WHO'S A PART OF IRON CROW THEATRE?
Iron Crow Theatre has a dedicated Board of Directors comprised of industry leaders, a Community Advisory Board, led by Mr. Ron Legler, President of the Hippodrome Theatre, that sustains the organizations efforts to support our local arts community, a fiercely talented and committed volunteer administrative team, and a group of artists with whom we frequently work with called Resident Artists. In addition, we're thrilled to continue to work with some of the most talented guest artists, designers and dedicated volunteers from across the region in a variety of capacities throughout our season. You can read more about our teams and see how you can get involved at www.ironcrowtheatre.org.

OUR VISION
Iron Crow Theatre strives to become Baltimore's next professional Equity theatre, producing theatrical work of the highest artistic quality, offering artists and administrators alike with competitive pay, access to the Equity Membership Candidate program, and a creative environment founded on professionalism that is both safe and inclusive to all.

WHEN DID IRON CROW THEATRE BEGIN?
Iron Crow Theatre was founded in the Spring of 2009 to produce an evening of theatre, dance and music in honor of Baltimore's Gay Pride celebration at the University of Baltimore's Sutdent Center called, Gay Expectations.

The production brought together both local and professional artists from every discipline and various social/cultural/religious identities including Baltimore natives, foreign nationals, artists of color, Muslims, Jews, Christians and Yogis; women, men and drag queens; those who identified as queer, gay, lesbian, bisexual and heterosexual. Students, faculty and staff from the University of Baltimore, Towson University and the Carver Center for the Arts were also involved.
Gay Expectations, raised more than $1,200.00 for Moveable Feast a local charity in Baltimore fostering a community that cares for men, women and children living with HIV/AIDS, cancer and other life­threatening illnesses by preparing and delivering nutritious meals and groceries and providing nutritional counseling and other services. This production inspired the founding members to continue to work together to produce theatre in Baltimore that celebrates the renegade and the unorthodox in all of us.

Shortly after Gay Expectations, Iron Crow Theatre produced its inaugural production as a company with In Durang's Shorts. The company completed their first official season, the 10/11 Season, with productions of Hedwig and the Angry Inch, Apartment 213, Swimming in the Shallows, and Love & Human Remains.

WHERE WE WORK
Iron Crow Theatre is in residence at the historic Baltimore Theatre Project, located at 45 West Preston Street in Baltimore, MD. We also partner with other local theatres and venues on community and/or special events that take place throughout the city of Baltimore.