Astrophysicist and multimedia artist Lucianne Walkowicz and professor and science fiction architecture expert Fred Scharmen to come together for a public discussion at the June 14 Off-the-Page event.

Lucianne Walkowicz and Fred Scharmen have a lot to talk about, especially when it comes to space and art. At the next Off-the-Page: Creative Conversations event on June 14 at Bird in Hand, they will get the chance to hold a public discourse on their exceptionally cool experiences and ideas that only two PhD holders who have devoted their lives to exploring topics related to the nature of life in the universe can.

Here’s a little bit of background on the fire-factor of these two relative strangers. Walkowicz is not only the current NASA-backed astrobiology chair at the Library of Congress, but an accomplished multimedia artist who weaves space travel and the beauty of the stars into her art. Oh, yeah, she’s also an astronomer and was a TED Senior Fellow.

Walkowicz’s conversation partner, Scharmen, shares a fascination for outer space. He focuses his interest on the architecture of future space habitats and the depiction of space in science fiction. He, like Walkowicz, is an artist in addition to his academic and professional gigs. His work infuses his experience as an architect and a creative into projects like “Charismatic Megafauna: Future Manatees,” which explores how mammals would live on Mars. (Walkowicz’s Library of Congress research is on the ethical future settling of Mars.)

We got ahold of Walkowicz and Scharmen for a few questions before their Off-the-Page conversation. 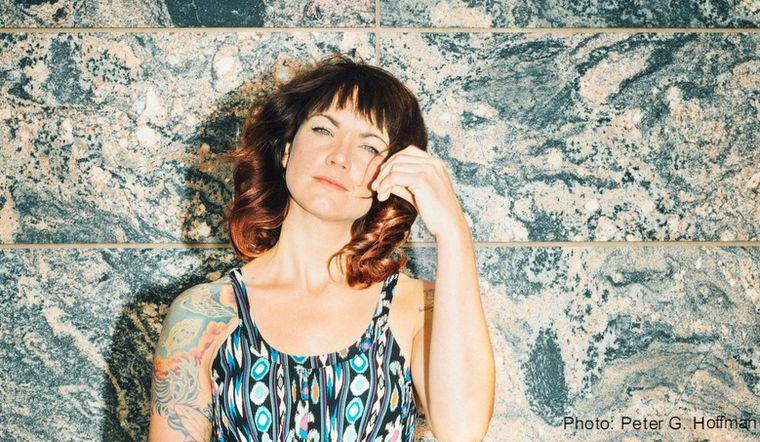 Cassandra Miller: You are a little over halfway through your 12-month term as the Chair in Astrobiology at the Library of Congress. Congrats! How has it been going? Especially your research on the ethics of Mars exploration? What have you gathered about how to avoid the exploitative history of exploration on Earth?

Lucianne Walkowicz: It's been great so far! The Library has an incredible collection, and the conversations I've had here have really stimulated my thinking around the many ethical issues wrapped up in how we think about space exploration. Because these issues encompass a wide variety of topics—everything from actual space policy, to intersections with environmental law on Earth, to how certain narratives include or exclude people from imagining themselves as part of space exploration as an enterprise—six months is a pretty brief time to make headway! I don't have a prescriptive answer for how to avoid exploitation, but I will say that I have come to a deeper appreciation for how enmeshed colonialism and science are with one another.

CM: In addition to working on NASA's Kepler mission, studying stellar magnetic fields; as astronomer at the Adler Planetarium in Chicago; and as an official TED speaker; you're a multimedia artist. How does your work as an astronomer inform your art?

LW: Sometimes it informs my art, and sometimes it doesn't. A lot of my work deals with making it possible for people to perceive "invisible" forces, such as patterns in data, or underlying physics, in a way that is relatable—that work is very tied into how I think about science and the communication of scientific information. Other work is driven by wanting to use space as a backdrop for social commentary, and sometimes I just feel like making things that express some relationship I have to my scientific work. But other times I just make things that are personal expressions of things I'm thinking about—and I don't think about science all the time!

CM: What questions are you looking forward to asking your co-featured speaker Fred Scharmen during Off-the-Page?

LW: I'm most excited to hear what Fred thinks about how architecture reflects assumptions about how a society is constructed. We got to talk a little about what mock ups of space settlements imply about individual versus communal space, and that's a really interesting conversational thread I hope to continue. 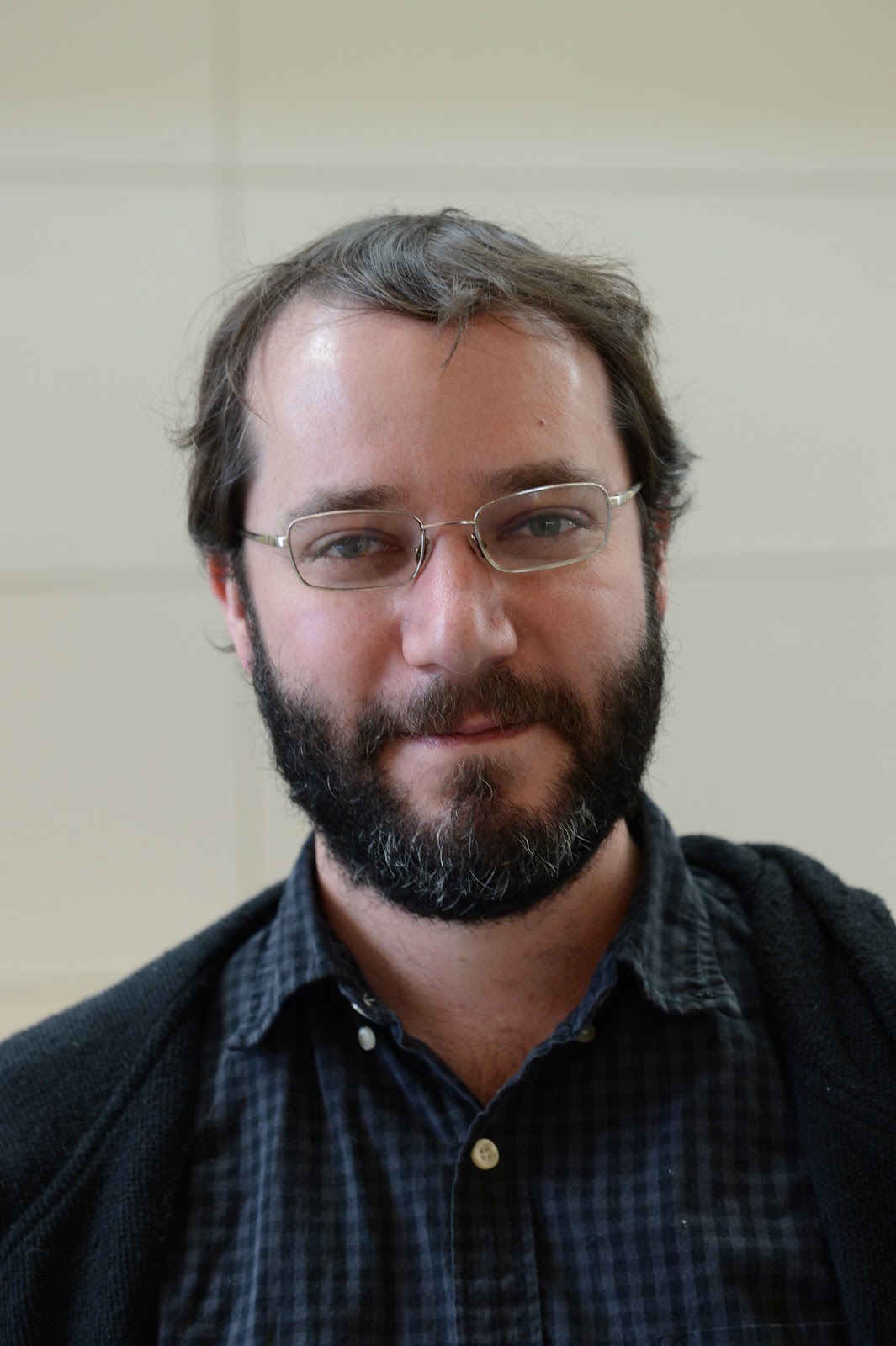 CM: Your upcoming book Space Settlements talks about NASA's efforts to design large-scale human habitats in orbit during the 1970s, and you compare these illustrated designs to high-density suburbs in space akin to the city of Columbia, outside of Baltimore. What do you think of the plans for these futuristic space stations?

Fred Scharmen: As someone who thinks about, and is a fan of, architecture, I love them. As someone who is sometimes also a critic and teacher, I think that there's a lot we can learn from them, and not all of that is good. The people who designed these places produced, on the one hand, a lot of technical and engineering documents, and on the other, some images that are really accessible and compelling. These two sets of things don't always agree with each other (would a city in space feel more like a shopping mall? or a garden suburb?) but there is a lot to think about in the disjunctions between them. In the future, the places where humans live in space will probably end up looking very different from designs made in the 1970s, but they have so much to tell us about how and why we make future space (on Earth, or in *space*) in general today.

CM: In addition to teaching in the School of Architecture and Planning at Morgan State University, you're also a multidisciplinary artist who has worked on site-specific works for the Baltimore Museum of Art and Evergreen Commons. Are you thinking about any new site-specific art projects for a Baltimore location?

FS: This book and the research around it have taken up a lot of my time over the past year, so I haven't been able to work on much for a little while. I like to design spaces and places alongside people from other disciplines. There's a rowhouse renovation project in Waverly that's a collaboration between myself, the clients (who are both artists and placemakers as well), and a big network of craftspeople who built it. I'm excited that they just got to move into it this Spring and I know they're going to keep working on it and tweaking it as long as they live there. I've also worked a little bit on another project with some other folks, under the direction of my partner and sometime collaborator Marian April Glebes. That's still under wraps but will hopefully have a big impact on some public space in Baltimore soon.

CM: What are you looking forward to discussing with your co-featured speaker, Lucianne Walkowicz, at the Off-the-Page event?

FS: I'm particularly interested in Lucianne's perspective as a scientist who's thinking about ethics. This has been the critical question in science and technology at least since author Mary Shelley wrote in the novel Frankenstein: "Should we do all of the things that we can? and if so, *how* should we do them?" The creation of new spaces, on or off the planet Earth, is a special opportunity for those working in science, architecture, and urban design to take a moment and talk about, among other things, who they are for.

Off-the-Page: Creative Conversations is a conversation series that pairs creatives together for public conversations at Bird in Hand at 11 E. 33rd St. in Baltimore. The event is sponsored by the Ivy Bookshop and the Greater Baltimore Cultural Alliance.

Off-the-Page: Creative Conversations is at 7 p.m.