The light is changing, the cicadas are chirping, and the Back-to-School sales are in full swing. It’s not quite time to say goodbye to summer, but we are getting very close.

Do you still have books waiting on your nightstand? Fortunately, there are still a few more weekends to catch up on that summer reading. If you’re still looking for suggestions, here’s a Washington Post list from way back in June. I also asked the GBCA staff today what books they've been reading this summer and unsurprisingly, they've got some great recommendations as well! We have been reading Setting the Table: The Transforming Power of Hospitality in Business by Danny Meyer, The Underground Railroad by Colton Whitehead, Women Who Run with the Wolves: Myths and Stories of the Wild Woman Archetype by Dr. Clarissa Pinkola Estes, Akata Witch by Nnedi Okorafor, Between the World and Me by Ta-Nehisi Coates, and My First Five Husbands...And the Ones Who Got Away by Rue McClanahan, Dune by Frank Herbert, and Hullabaloo in the Guava Orchard by Kiran Desai. The end of summer is a great time to think, feel, and enjoy a good book.

Today was the unveiling of a large-scale version of Amy Sherald's oil on canvas painting, Equilibrium, at Parkway Theatre in the Station North Arts & Entertainment District. (The original painting is in the permanent collection of the Embassy of the United States, Dakar, Senegal.) As you will remember, Amy is the Baltimore-based artist who was commissioned to paint the official portrait of former First Lady Michelle Obama. Originally awarded to the Station North Arts & Entertainment District in 2014, the Transformative Art Prize project is managed by The Baltimore Office of Promotion and the Arts and supported by the Baltimore City Department of Housing & Community Development, Station North Arts & Entertainment District, and Charles North Community Association. PNC Bank was a dedicated supporter of this project in 2014. Come take a stroll or drive down North Avenue to see this exquisite work of public art. 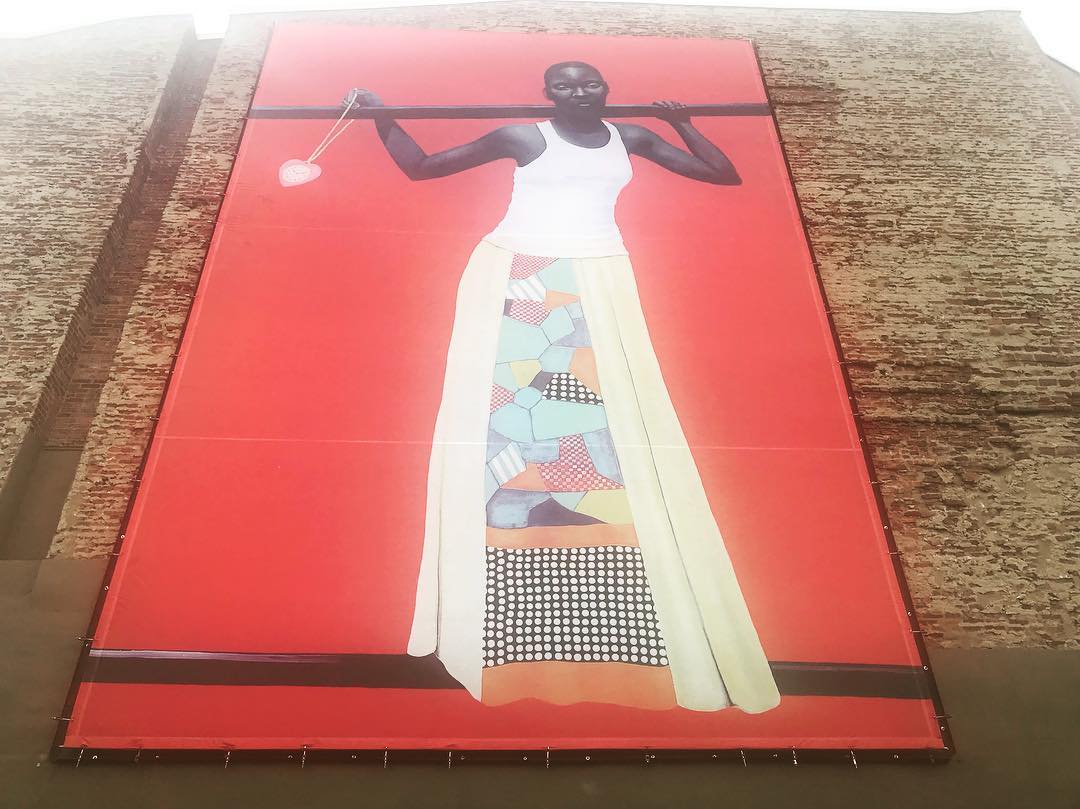