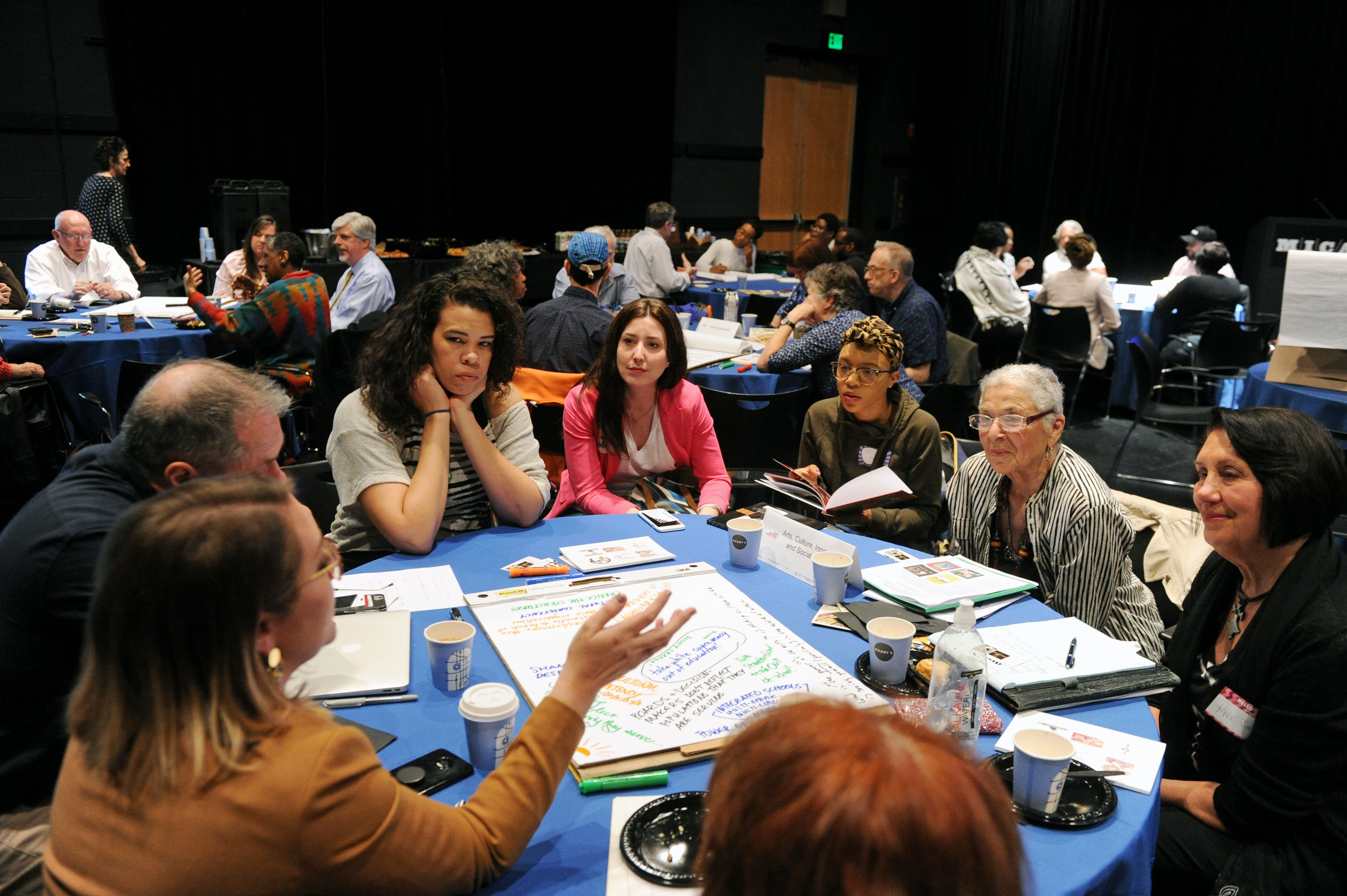 On Thursday, April 18th, Maryland Institute College of Art hosted the seventh annual Baltimore Think-A-Thon alongside the Greater Baltimore Culture Alliance. This event is the brainchild of Dr. Sheri Parks, MICA Vice-President of Strategic Initiatives, and brings together creative thinkers, practitioners, and activists from throughout the region to network, brainstorm, and collaborate on solutions to benefit Baltimore residents.

The day was filled with breakout sessions which featured topics suggested by the participants. Some of the topics included: Art as Healing, Squeegee Boys, Housing Insecurity, Art & Culture as Social Justice, Black Arts and Entertainment District, and Alternative Food Sources. These small groups were given prompts and equipped with a giant notepad to record their thoughts as well as notebooks, markers, and pens. Brainstorming commenced and the conversation started flying! 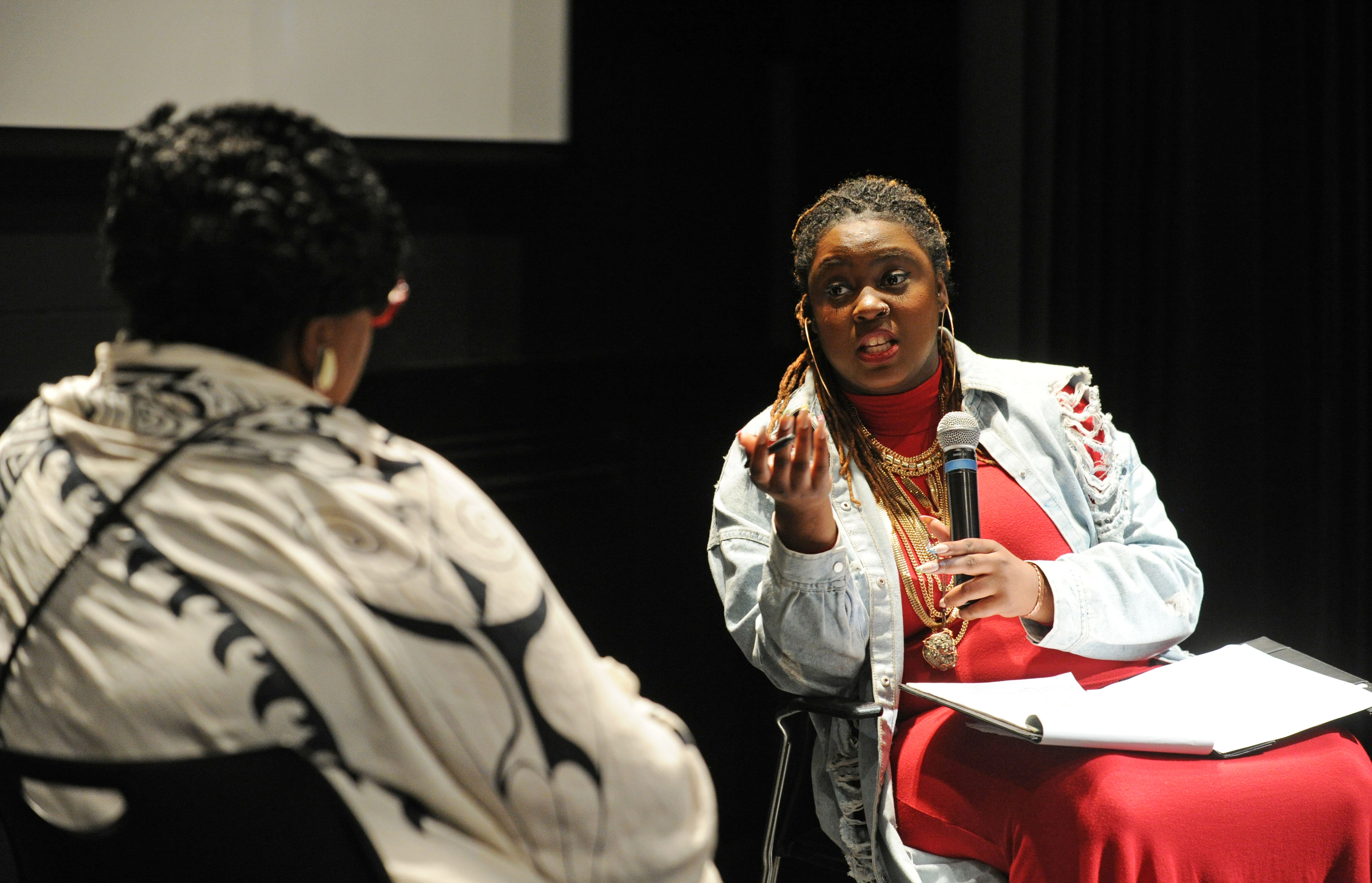 Over lunch provided by Blacksauce Kitchen, local Baltimore spoken word artist and Cultural Curator for Leaders of a Beautiful Struggle, Lady Brion, interviewed the Co-Founder and Executive Director of Ashé Cultural Arts Center, Carol Bebelle from New Orleans, Louisiana. Ms. Bebelle is well-known for her work as an arts, culture, and education organizer within the public sector in New Orleans and was invited by Dr. Sheri Parks to share her experience with the Think-A-Thon. Her work was vital in the development of the cultural district: Oretha Castle Haley Boulevard (which she referred to as “The Boulevard”). During the interview between these two brilliant women, Lady Brion asked about the difficult and rewarding process of creating an arts and culture district within a city in transition, as well as her method for building strong relationships with non-arts related communities (business, science, religious houses, etc.), Ms. Bebelle responded, “It’s like kneading bread! You have to just keep working at it.” More questions were asked regarding the success of “The Boulevard” and the future she is working to build in New Orleans. Ms. Bebelle firmly belives that non-profits have important roles to play within their communities and they must be nurtured to grow. One of her more profound statements was about “respecting ideas” and making sure that we “give them [ideas] life by getting them on paper.” Ms. Bebelle said: “We need to honor ideas, and by writing them down, we are giving life to new ideas.” 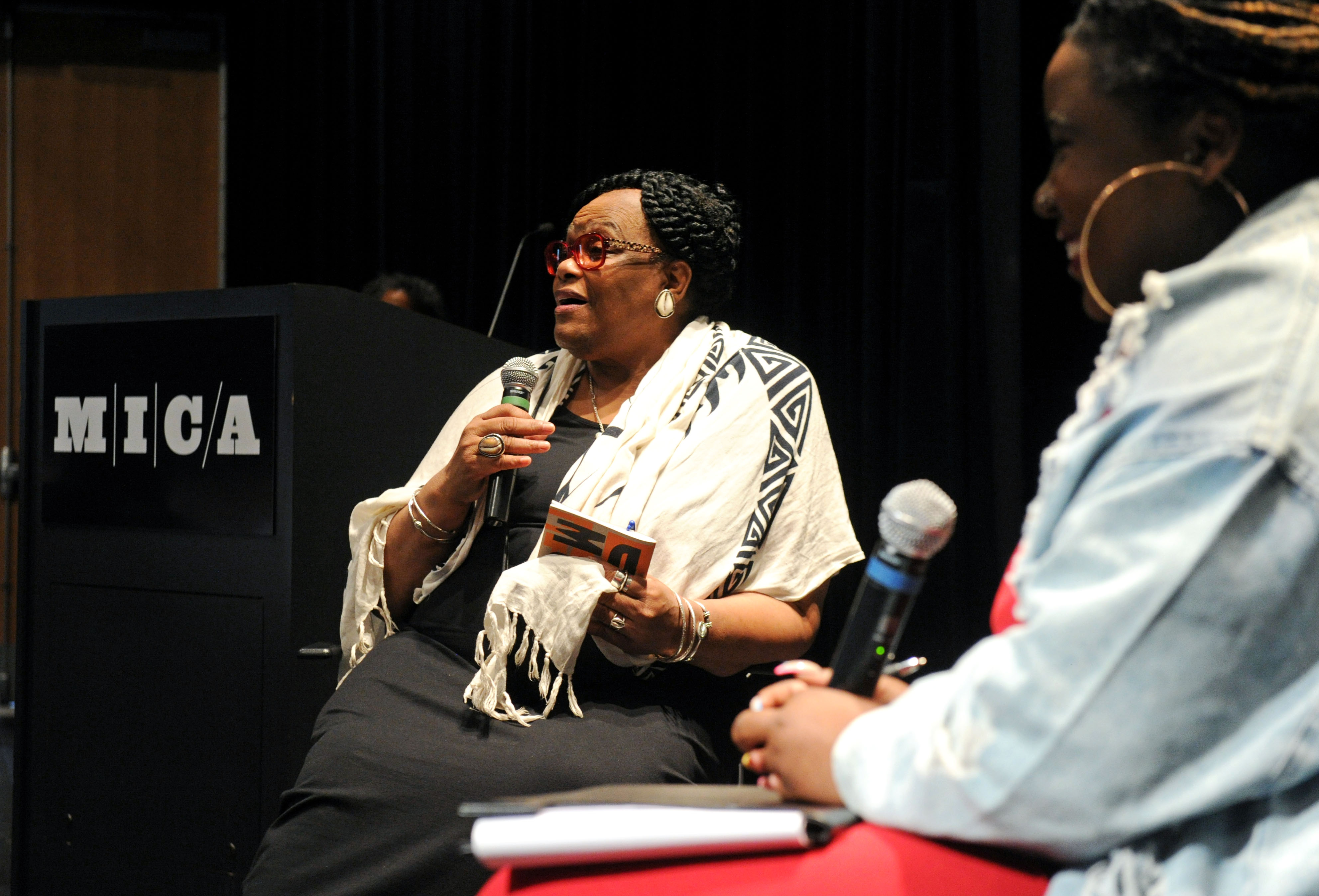 After lunch attendees returned to their small groups and wrapped up their individual topics. The event concluded with presentations, followed up by questions and discussion by fellow attendees. One of the most impressive presentations was from the Baltimore Squeegee Boys who worked to create a fully realized business model and branding for their relaunch. It was incredibly impactful to see these young men on the verge of a transformational shift in their lives thanks to the investment of the community around them. Overall, each small group did its best to think of new creative ways to address some of the challenges Baltimore faces every day. Utilizing the discussion between Lady Brion and Carol Bebelle about cultivating new ideas and taking risks, truly enriched the overall theme of the day and encompassed the essence of what the Baltimore Think-A-Thon is all about; giving life to new ideas.