In Case the Heat Kept You Inside - Artscape 2019 Installations

Sydmonauts by Amigo & Amigo (Sydney, Australia)
"Originally commissioned by the Sydney Festival in Australia and joining Artscape in commemoration of the 50th anniversary of the moon landing on Saturday, July 20, the outdoor art installation, Sydmonauts, features nine astronaut artworks. The design of the astronauts was inspired by low poly art, a popular style of 3-D digital art. Three-D animation techniques were applied to create the nine different poses of the sculptures; then papercraft techniques were employed to translate the designs onto flat sheet metal that was then cut and folded to create the faceted sculptures. Find all of nine of them; take a selfie; and use the official hashtag to win." 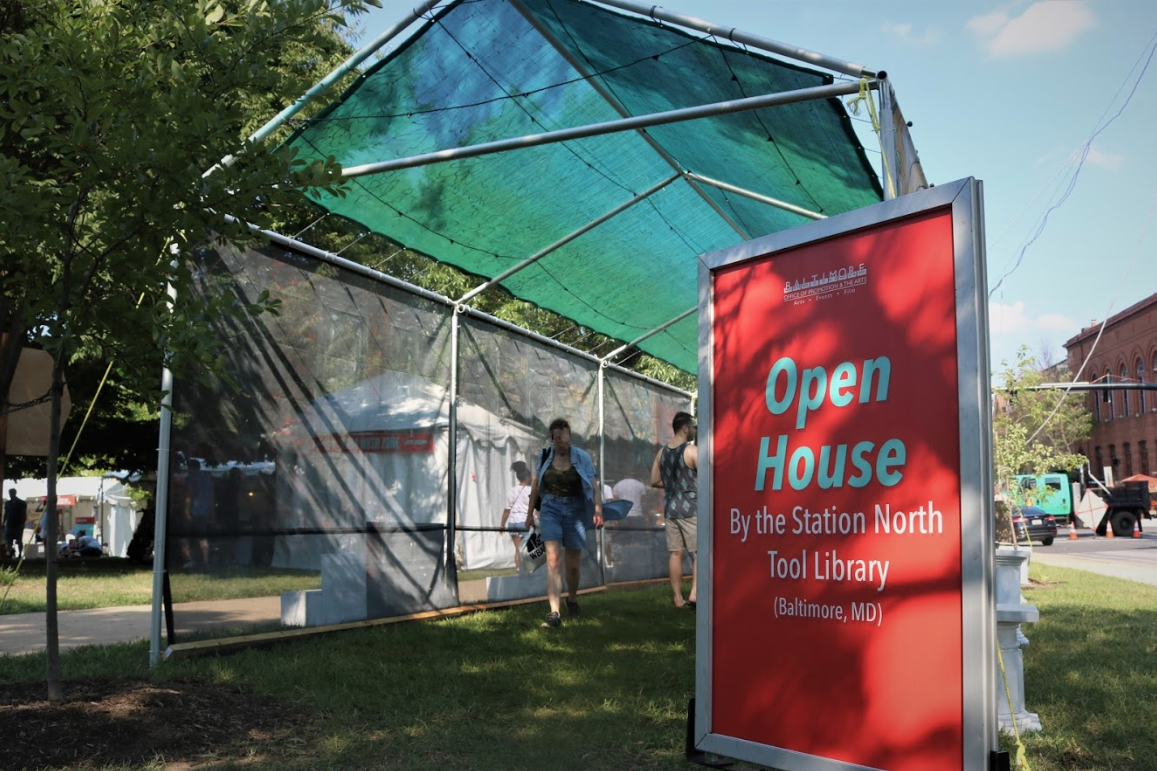 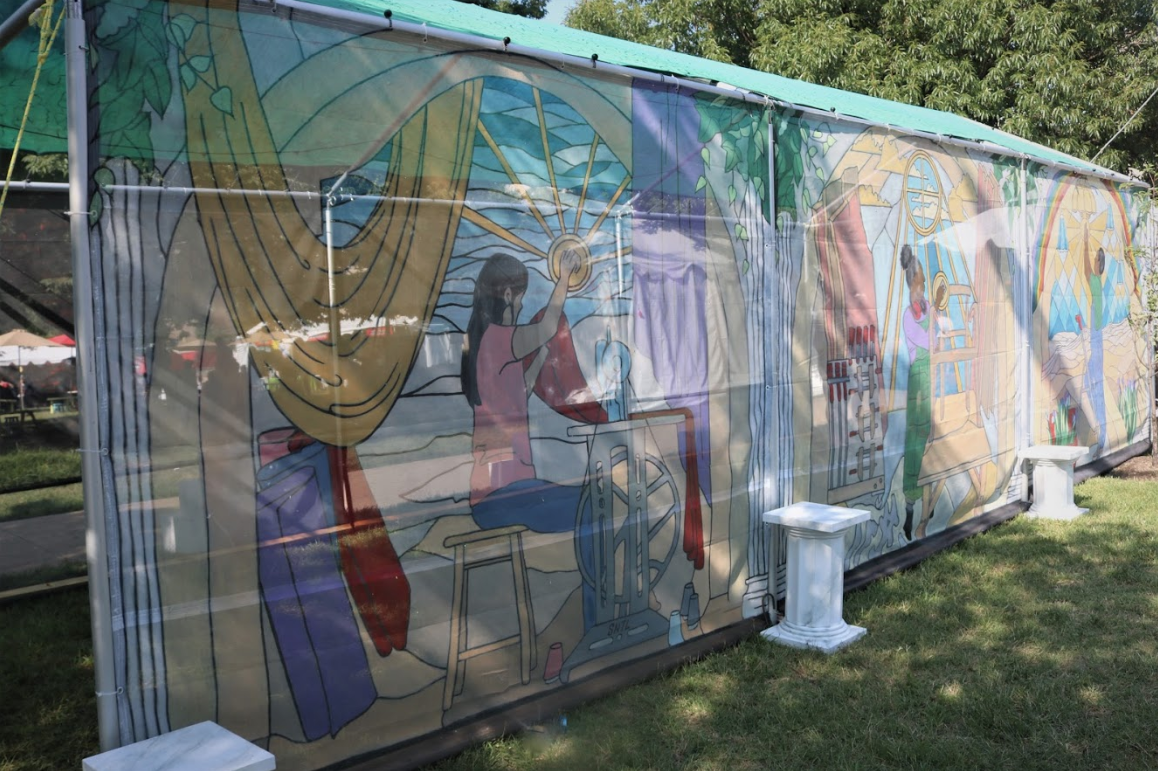 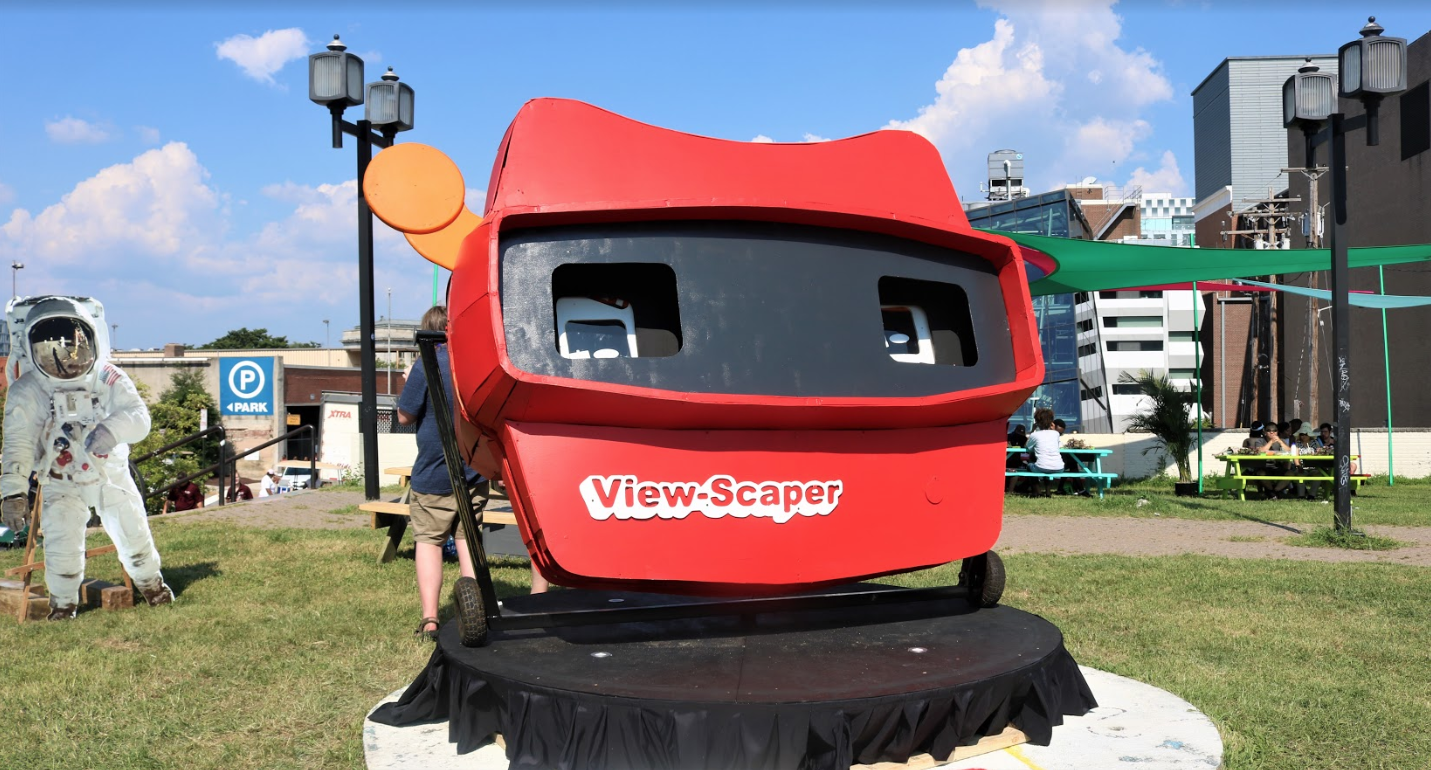 View-Scaper by Formstone Castle Collective (Baltimore, MD)
"The View-Scaper is an interactive and kinetic piece allowing us to view our human family photos from our amazing TRIP TO THE MOON. Based on the View-Master toy popular among generations of participants, the View-Scaper promises fun for the whole family! Just like the smaller version, the View-Scaper requires a disk of images to be loaded into the slot on the top. The 8 foot tall View-Scaper can pan and tilt up to view the surrounding scenery and will superimpose an image created by local cartoonist Justin Duvall, and digital photo editing—and of course the beautiful scenery located around the ArtScape site." 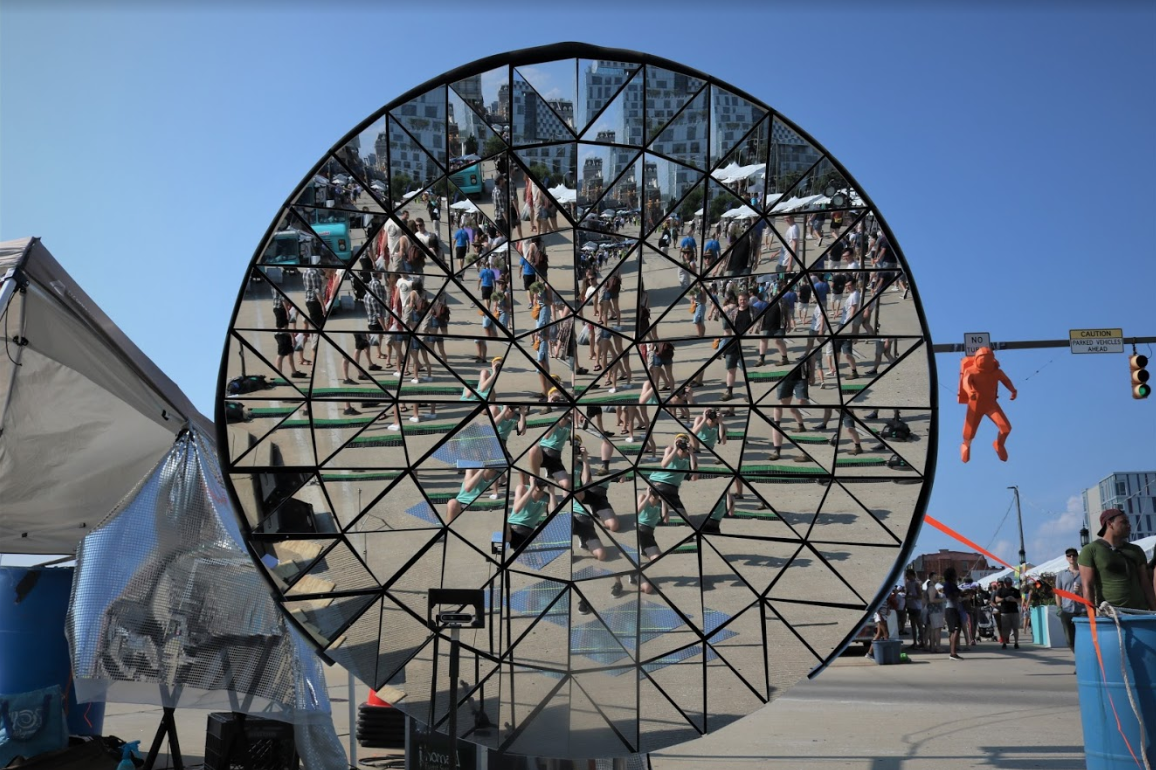 Radiant Flux by Kevin Blackistone (Baltimore, MD)
"Radiant Flux is an interactive sculpture that explores the many facets of light through exploration of solar reflection during the day and lunar moonbeams at night. Commissioned by BOPA for Artscape 2019 and composed of 128 individual mirror and motor units mounted to a circular disk shape, Radiant Flux comes alive as motion sensors triggered by festivalgoers cause the disk to move and produce dramatic effects from the reflection of the sun onto the faceted mirrors and resulting light cast onto the sculpture’s surroundings. At night, the reflections continue, but have the addition of a dazzling light display controlled by the pulses of surrounding music."

Watch a quick video of this art in action: https://youtu.be/CBlxBvYls7o

iSheep by Bardia Saeedi and team (Alexandria, VA)
"Originally herded for Burning Man 2018, iSheep is a flock of six moving and interactive sculptures that take pasture on the Artscape site. Festivalgoers are welcomed and encouraged to roam with the flock, ride them and enjoy the music and good times shared by the herd. At night, the herd further comes alive with LED’s imbedded in iSheep’s wool.” 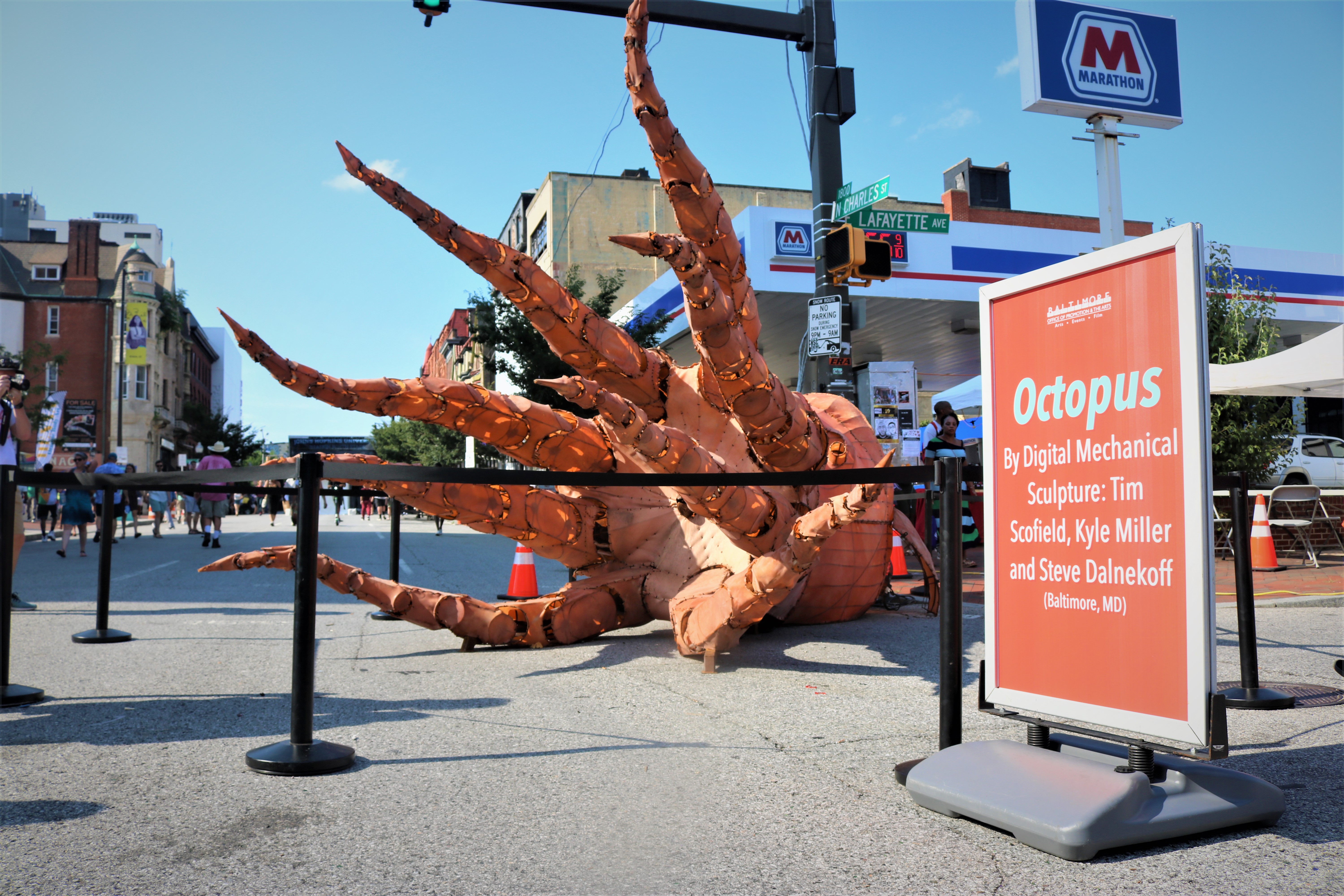 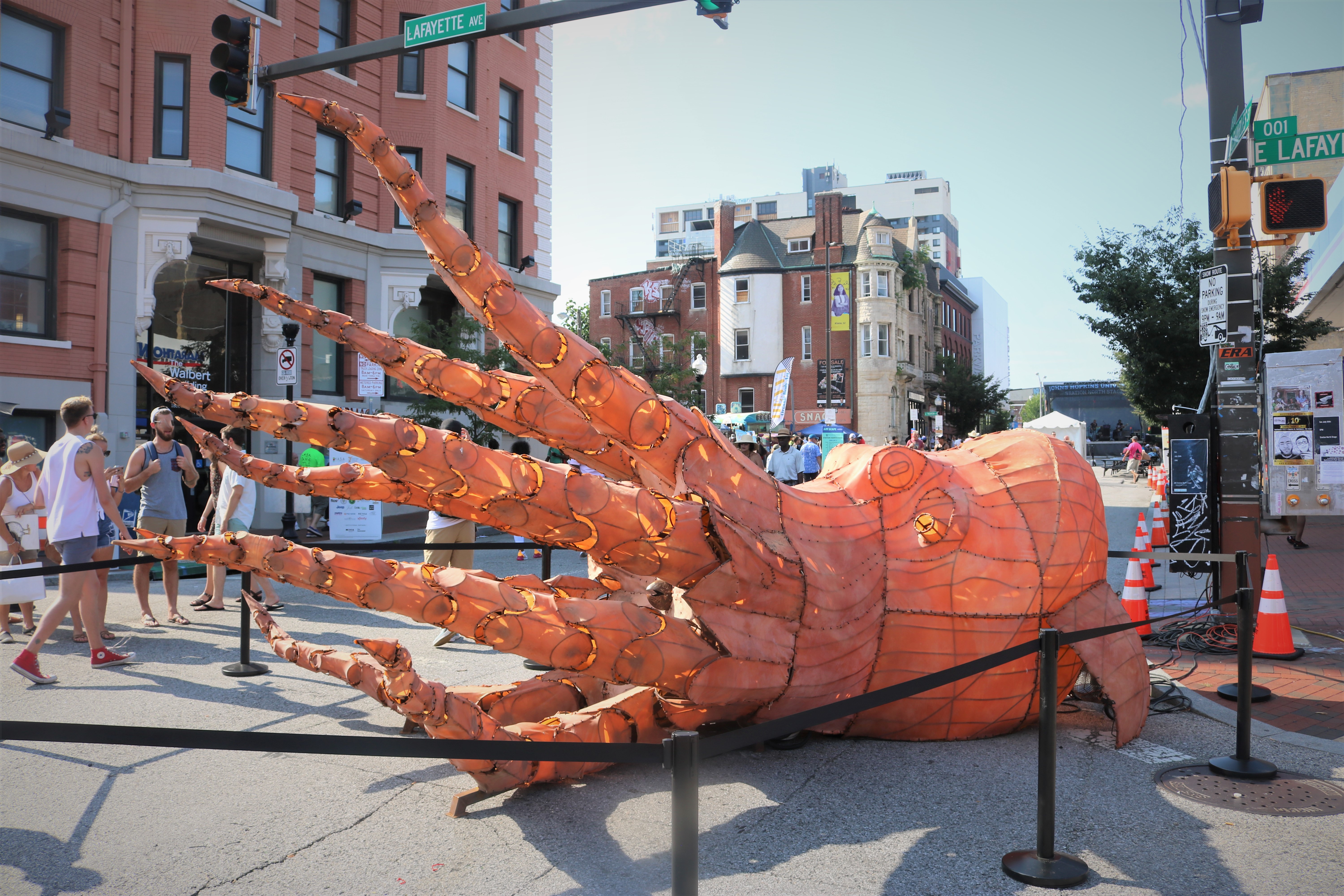 Octopus by Digital Mechanical Sculpture: Tim Scofield, Kyle Miller and Steve Dalenkoff (Baltimore, MD)
"Octopus is a large-scale automated sculpture that was originally commissioned by BOPA for Light City 2018. Made out of steel and rubber, the Octopus is roughly 20 feet long, 15 feet wide and 10 feet tall. When activated, a series of electric motors drive an internal gear system that set its eight arms into motion. At night, Octopus is illuminated internally with thousands of programmable LED lights."

Watch this art in action: https://youtu.be/cQOz2MX395k 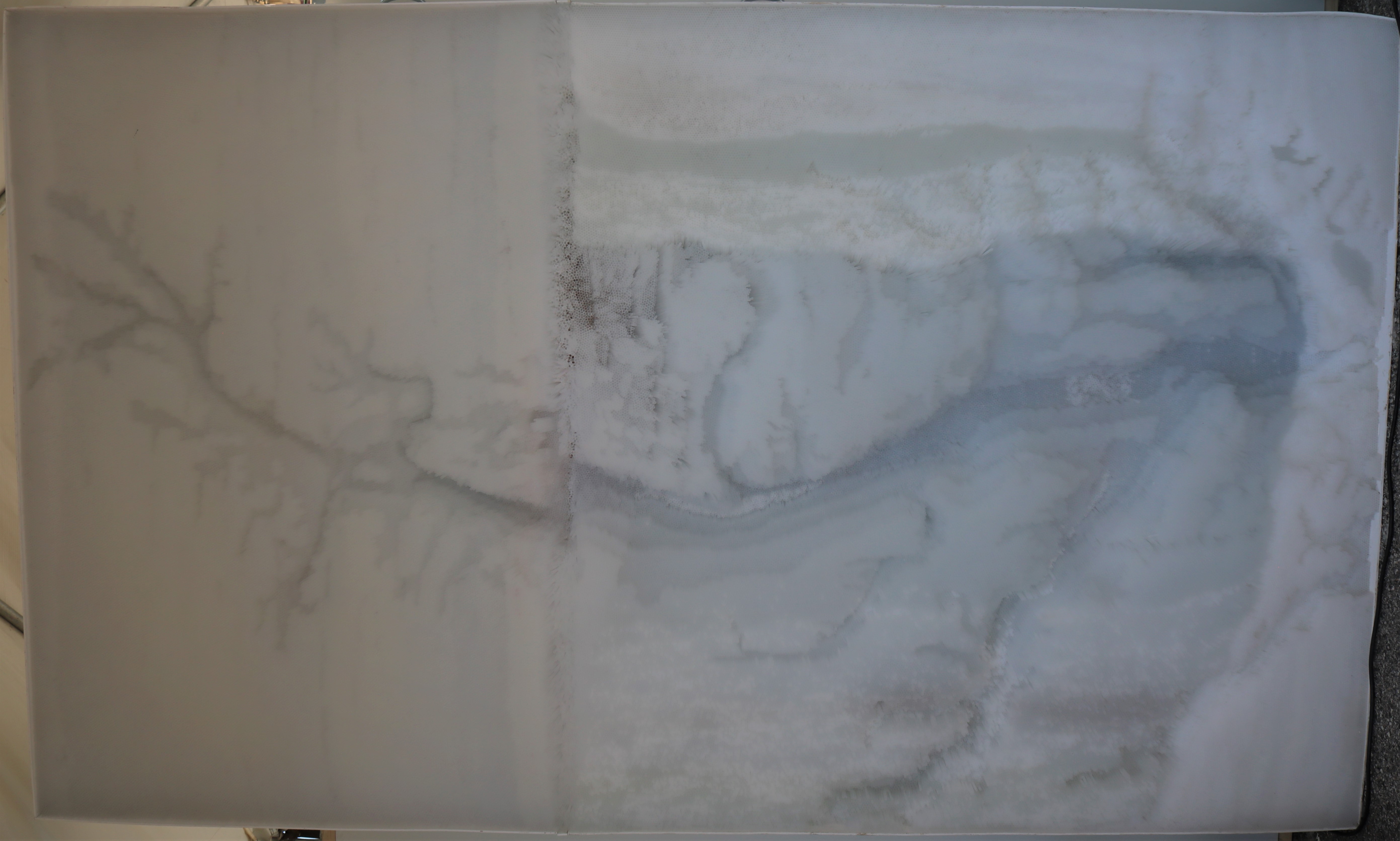 A Ripple Effect by Kasey Jones with the National Aquarium (Chicago, IL & Baltimore, MD)
"In collaboration with the National Aquarium and Washington D.C.’s Our Last Straw coalition, artist Kasey Jones transforms 225,000 plastic straws into a 3-D relief map of the Chesapeake Bay with rippling interactive LED lights, inviting viewers to reflect on how the consumer choices they make impact waterways. Just as thousands of single-use plastics—these short-lived tools of convenience—can negatively impact ecosystems, wildlife and human health, thousands of thoughtful choices can have a ripple effect of positive change. Be part of the ripple effect. Join the National Aquarium’s community of hopeful conservationists committed to collective action on behalf of our blue planet.

Pictures could not do this piece justice, so here is a video: https://youtu.be/5pcfZahfX38