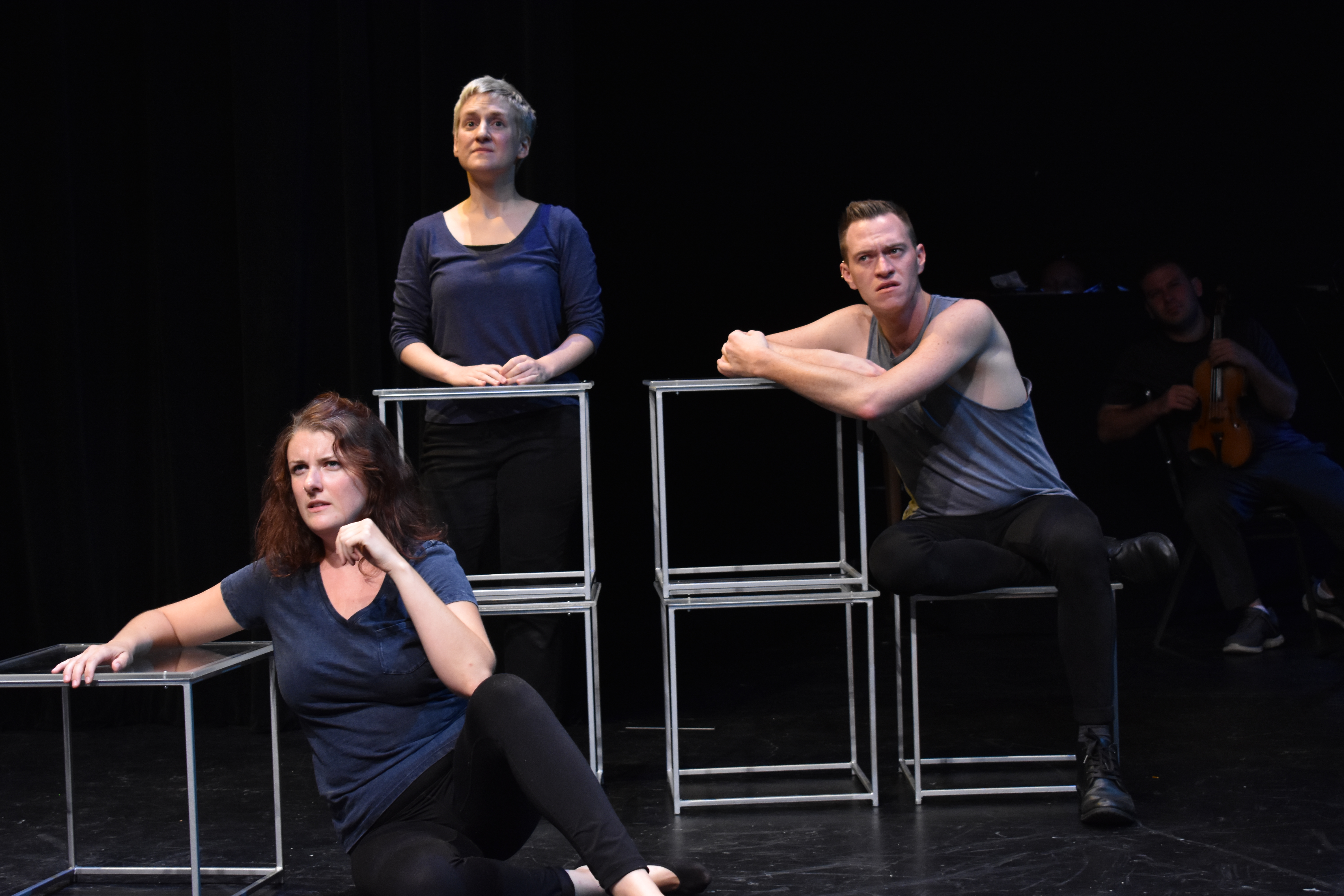 Last weekend I headed over to the Baltimore Theatre Project to see Quarry Theatre’s devised production "The Way Out". Before (and after) the show I was able to sit down for one-on-one interviews with the actors, director, composer, and costume designer where we discussed the delicate nature of creating a show around the poignant subject of suicide and mental health “without being like an ’80s after school special.”

"The Way Out" was devised, a term that was wholly new to me. So much so that I had to rely on Google to translate the theatre speak. The clearest definition I found was in an article titled “Devised theatre: ten tips for a truly creative collaboration.” The writer states that devised theatre is “a process in which the whole creative team develops a show collaboratively. From actors to technicians, everyone is involved in the creative process.” This clashed with my prior understanding of the way theatre was made.

- A writer sits in a room alone and writes a play. The writer hands off their play to a director who then assembles a team of designers and actors to execute their vision of the writer's work (usually separate from the writer's input). -

With each interview I did, the idea of a devised process became clearer and clearer and I started to grasp the value (and strange beauty) of this seemingly democratic socialist approach to art-making. The creatives of "The Way Out" worked as an equal community to create the structure of their show from the ground up, utilizing real stories from their personal lives and networks, well-researched statistics surrounding suicide and mental illness, and excerpts from Shakespeare to inspire the acting, dance, and music they created for the show. 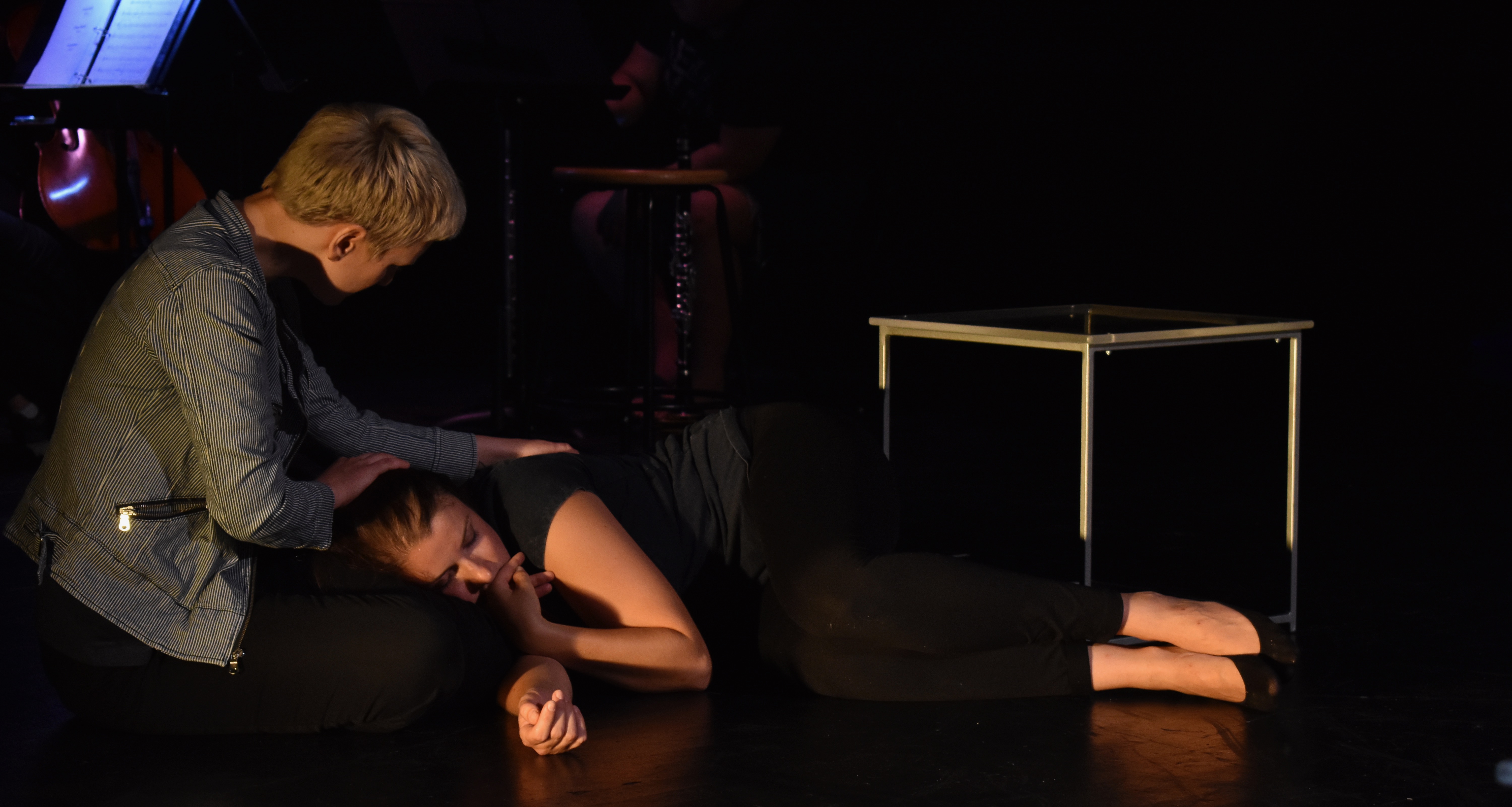 Deirdre McAllister, who contributed to the creation of the show, explained: “The process was about all of us sharing our dreams for the show, having a ton of ideas, and ‘trimming the fat’ to get the production that you see today.” In my interview with performer and dramaturg Laura Holland, she agreed saying “we generate the script as we go, because there are so many ideas that everybody has, it's really a collage that gets edited down to be a final product that we all had a part in creating.”

Performer and choreographer, Alex Shade, shared the power of inhabiting the energy of mental illness through dance saying “we as humans communicate so much through our body language, so to help tell a story in a way that people might be able to relate to, that isn’t spoken, has been a really powerful experience.” The emotion and depth Alex was able to convey in his choreography gave me chills especially when accompanied by the rich music written by the composer and conductor of Quarry Theatre, Patrick Alexander. It was remarkable to realize that the works I was watching and listening to were specifically created, tailored, and entirely unique to each other. The composer Patrick told me after the show that “[The Way Out] was one of the most significant things I have ever done in my life artistically.” As an audience member, I could feel how deeply the creative team believed in their show and how meaningful the experience was for them.

Suicide is a hard topic for many people talk about or even engage with, so I was curious how members of the creative team handled the personal stories and interviews with those who have been affected by suicide that made up a portion of the performance. Georgie Williams, intern and costume designer, opened up to me about having struggled with suicidal ideation in the past and said that “getting to hear the stories of survivors, and how much they have grown, personally gives me so much inspiration and hope.” Director and founder of Quarry Theatre, Ryan Clark, shared how “meaningful and moving” it was to see people come forward to share the most private and dangerous moments from their lives. I can’t imagine the bravery it took for people to make their struggles public in this way, hoping that their experience would be honored and help spread awareness. Ryan told me that one of the reasons he founded Quarry Theatre was to be able to create more impactful art around issues of extreme importance in today’s society. I believe "The Way Out" did just that. 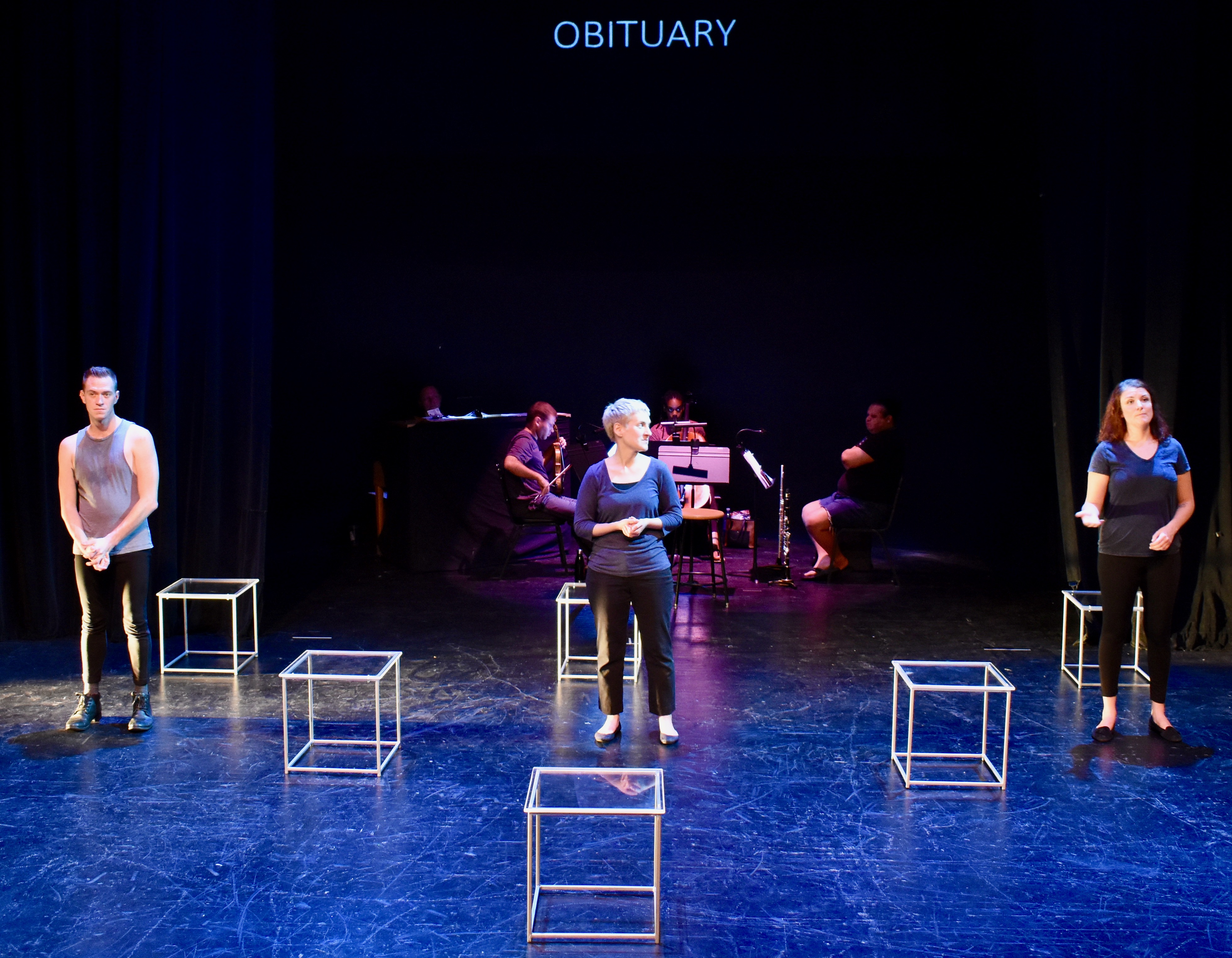 I asked each of the Creative team the same question: What did you learn and/or what do you hope the audience learns from this production? Here’s what they had to say:

Alex Shade: “This show has taught me to be brave and start tough conversations because it can change someone’s life.”

Deirdre McAlister: “My hope is that people reach out, and know that they are not alone, there is hope! This play sparks a conversation that will hopefully continue even after the audience leaves the theater.”

Patrick Alexander: “Throughout this process, I have learned so much about how to start a conversation around the topic of suicide, and how to be a good listener.”

Ryan Clark: “I hope that the audience will share the emotions they felt tonight because the music, dancing, and acting really transcend language!”

Laura Holland: “I want people to walk away from this production a little more aware and kind to others. We don’t know what folks are going through at any given moment, so it’s important for us to support and love each other, we are all in this together!” 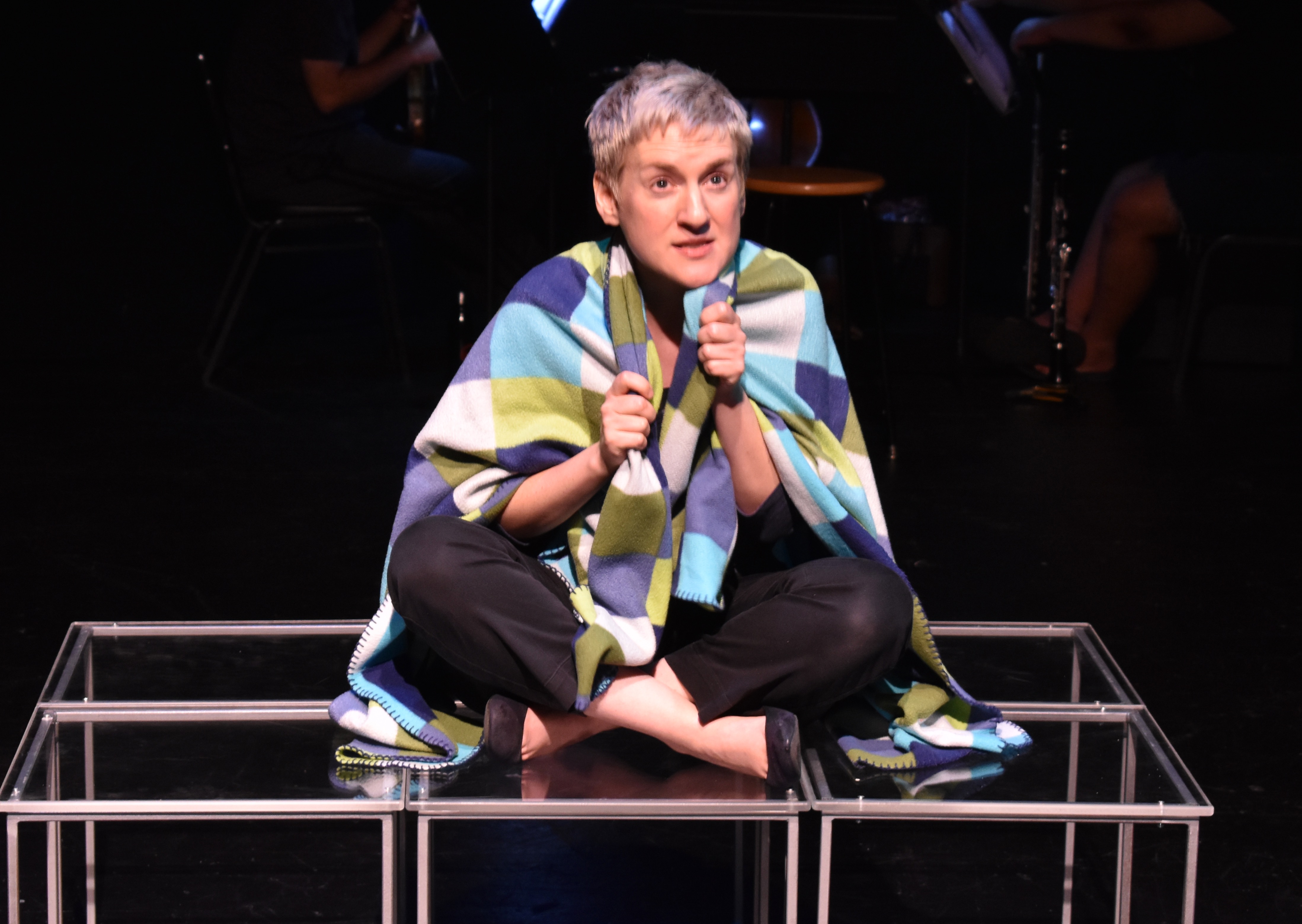 Everyone involved in the production has been affected by suicide, either personally or tangentially. During our conversation, Laura shared that she is a suicide survivor of 19 years and said “as a survivor, I have that extra sensitivity that surrounds the topic of suicide, so it was wonderful working with a community that also had that sensitivity level and were open to discussion. It was important for us to do these stories justice while also being mindful of the audience and their sensitivity levels.” As a survivor of suicide myself, I was a little worried about going to a show about this topic, but the entire creative team did such an amazing job of sharing the painful realities, while also instilling hope and educating. “This show is all about connection” Laura added, “we are connecting with the stories that were submitted, we are connecting with the other actors and musicians, we are connecting with the audience, and hopefully the audience will go out and connect with those in their lives that might be struggling.” I truly felt connected, and I am excited to see what devised show Quarry Theatre does next!

To read the full bios of the creative team, please visit https://www.quarrytheatre.com/the-way-out

This week is National Suicide Prevention Week, so please take some time to check in with loved ones!

If you, or someone you know needs help, please explore these resources: