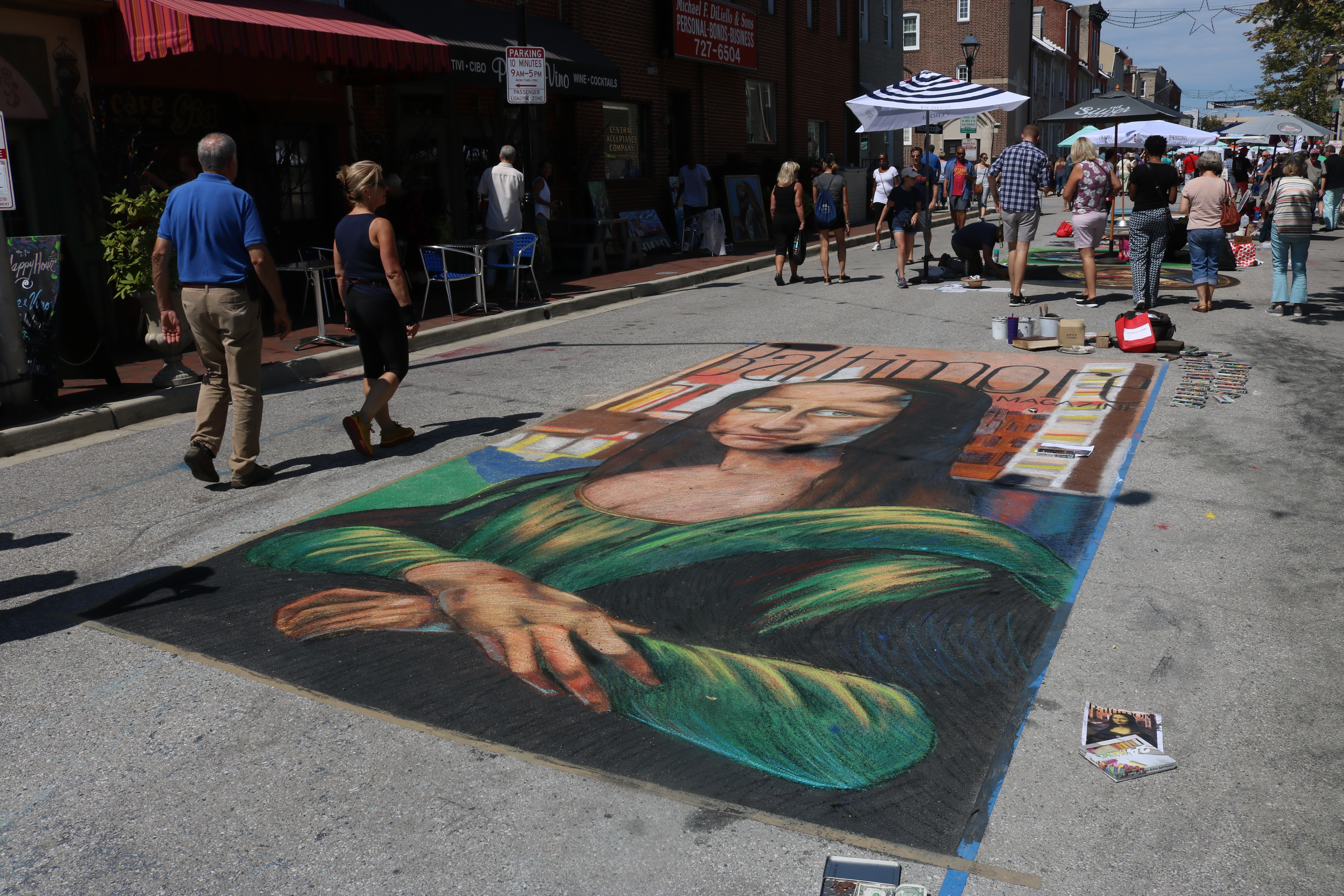 "What a gorgeous Festival we had! All of the art was spectacular! Congratulations to the artists and thank you to all who participated! This year’s street paintings were exquisitely rendered and the art along with the Artists’ Statements on “Courage” was thought-provoking and encouraged dialogue. The First Place Classical Prize was awarded to Abraham Burciaga for his David and Goliath, the 2nd Place Prize was won by Flavio Coppola for his fabulous interpretation of a vintage photograph of Italian immigrants at Ellis Island and his statement on immigration. Third Place was a tie between Nicole Flaig for her tribute to The NASA Women and Andrea Starinieri for his portrait of Martin Luther King, Jr. The First Place Contemporary Prize was awarded to Julie Jilek for her depiction of Jane Goodall passing the baton to Greta Thunberg. The People’s Choice Award went to Lissette Aguirre for her Gypsy and the School Art Prize was awarded to the Baltimore School for the Arts for their piece inspired by an Italian tarot card portraying strength.

Our presenters, Little Italy Neighborhood Association and the Baltimore Jazz Alliance, threw the best party ever with the inspiration of Jonathan Willen, Juli Wolf, and Vintage Affairs. Jazz, street painting and al fresco dining made for a magical weekend.

Thank you Mayor Jack Young, City Council Vice President Sharon Middleton, Councilman Zeke Cohen and Senator Bill Ferguson for joining us and awarding the Madonnari artists a special commendation. We could not have asked for a more perfect Festival!" -Madonnnari Arts Festival Sponsors 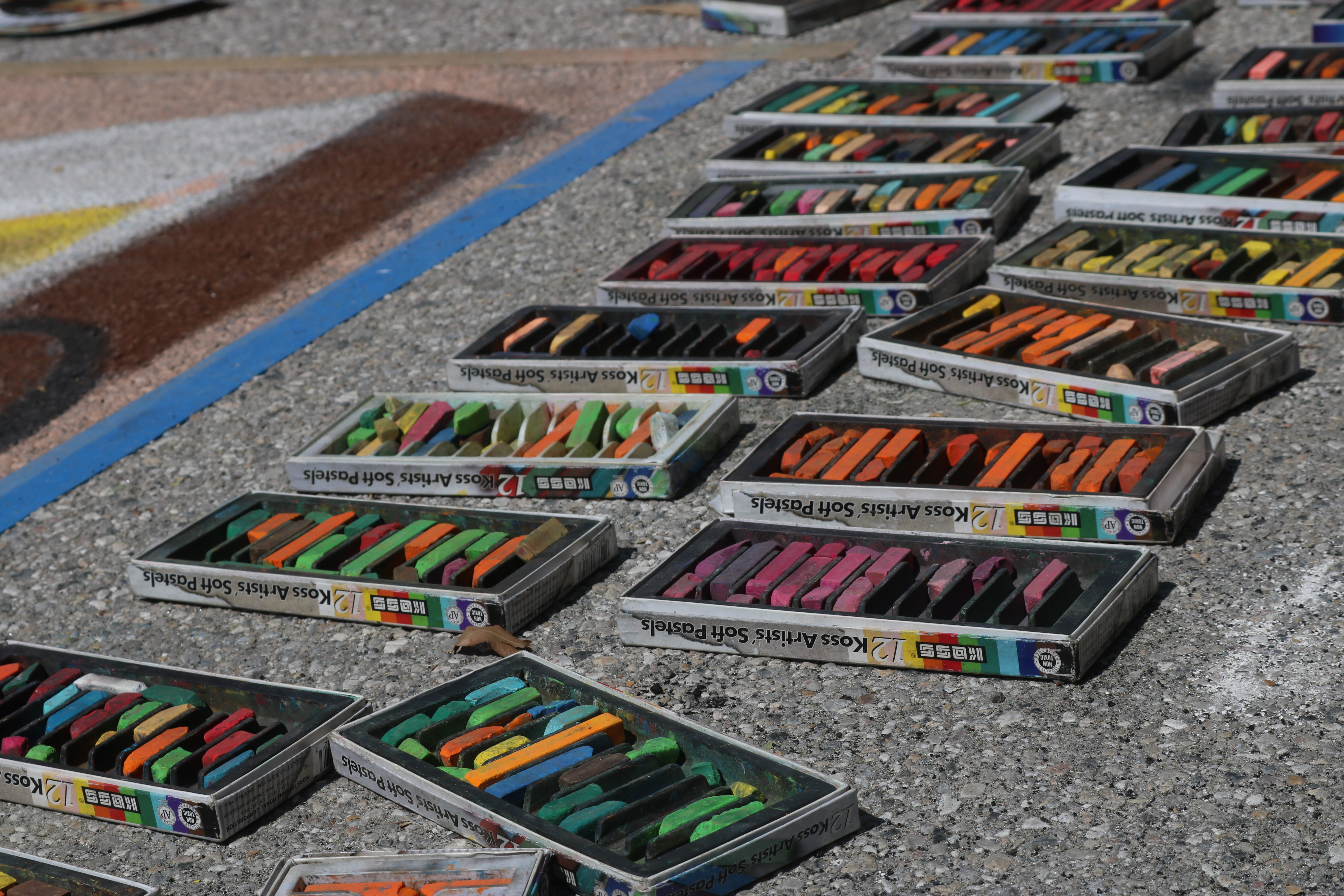 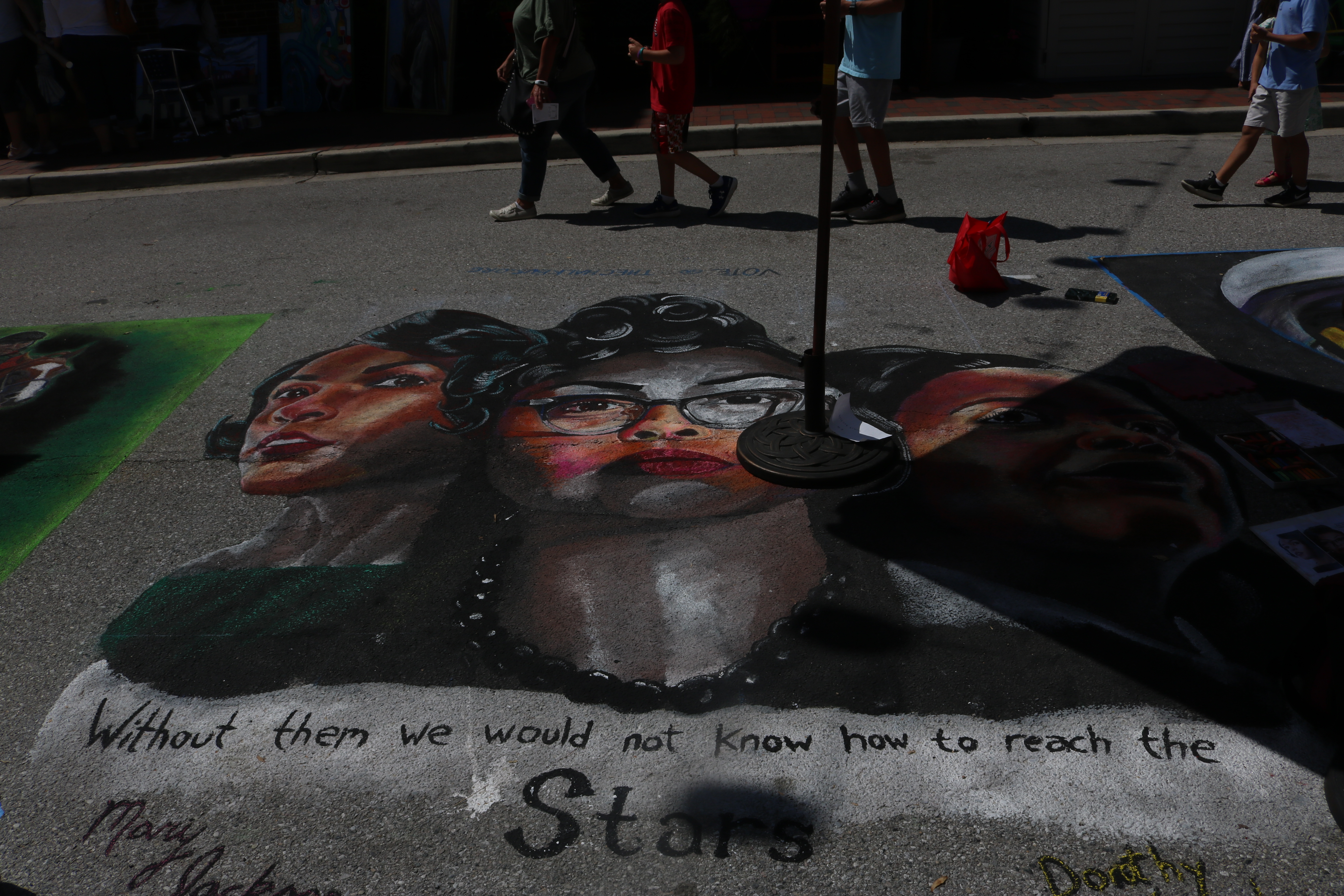 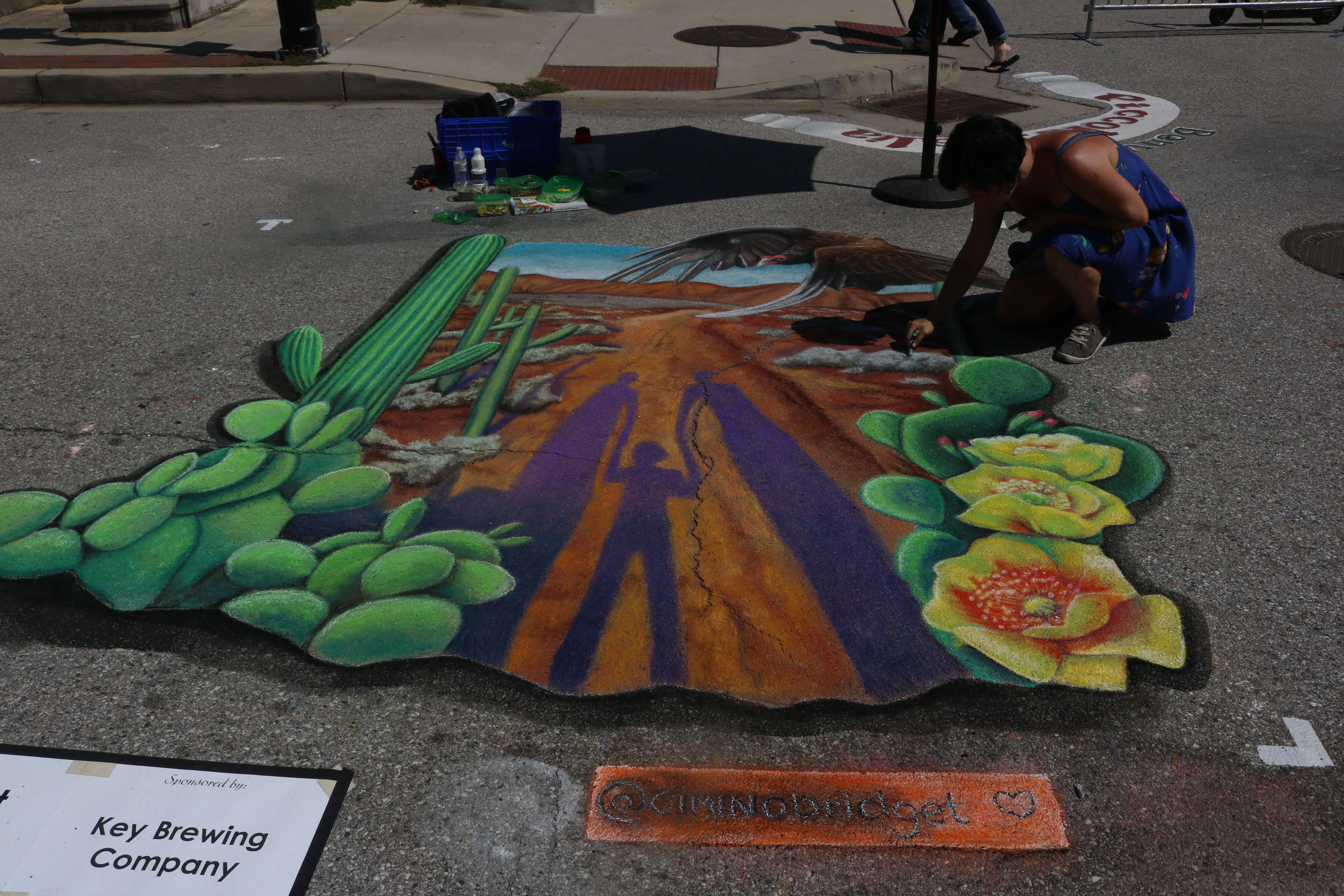 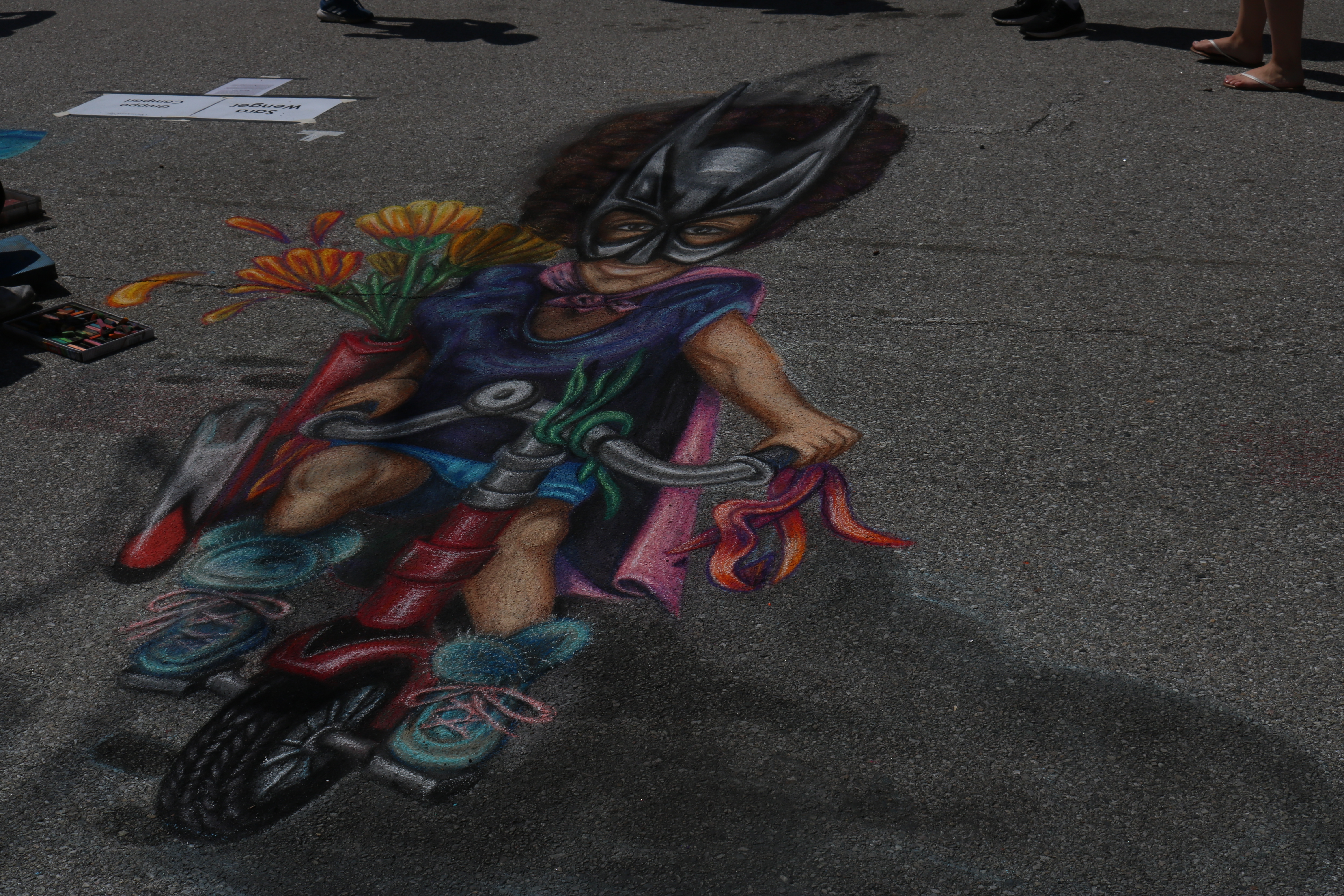 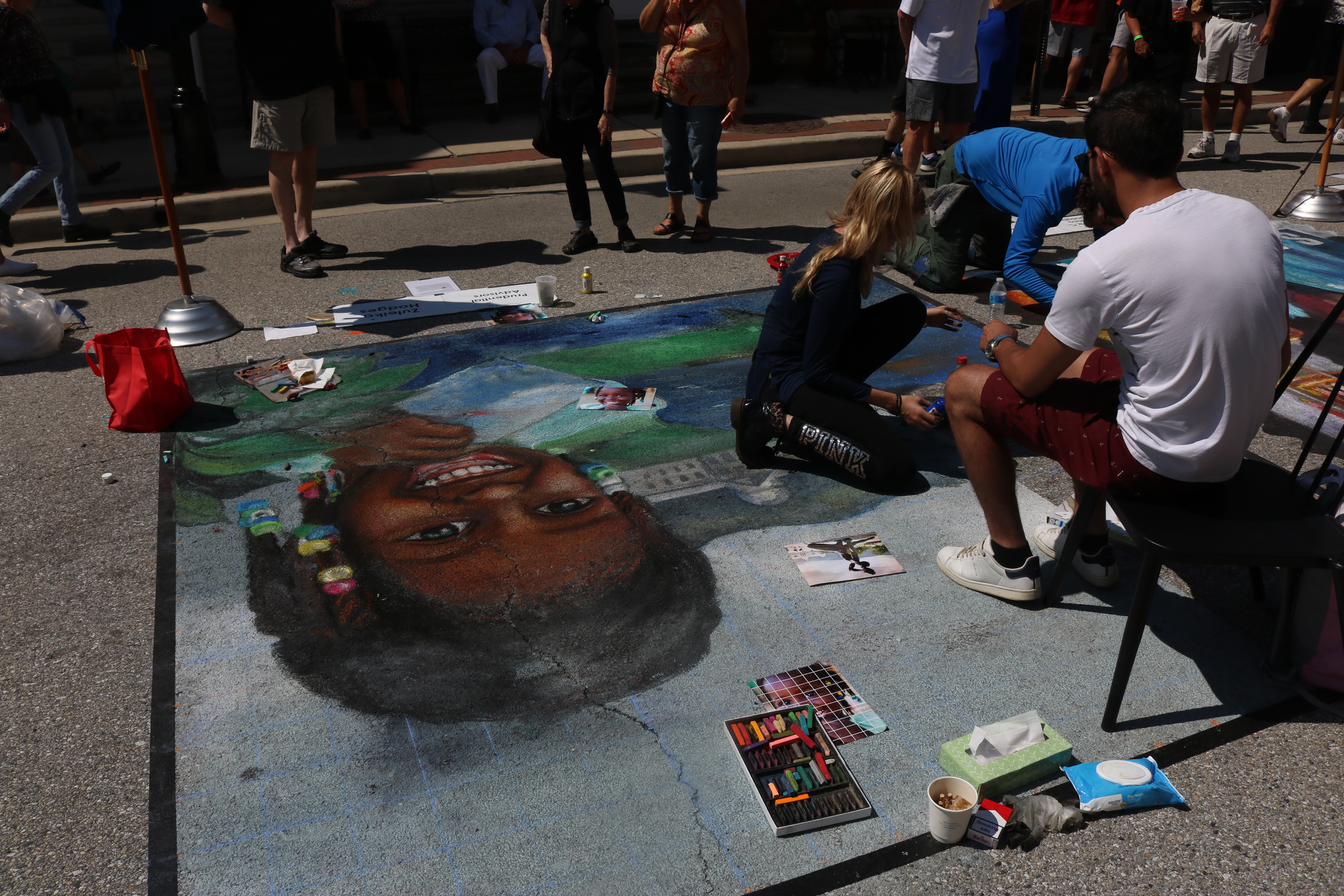 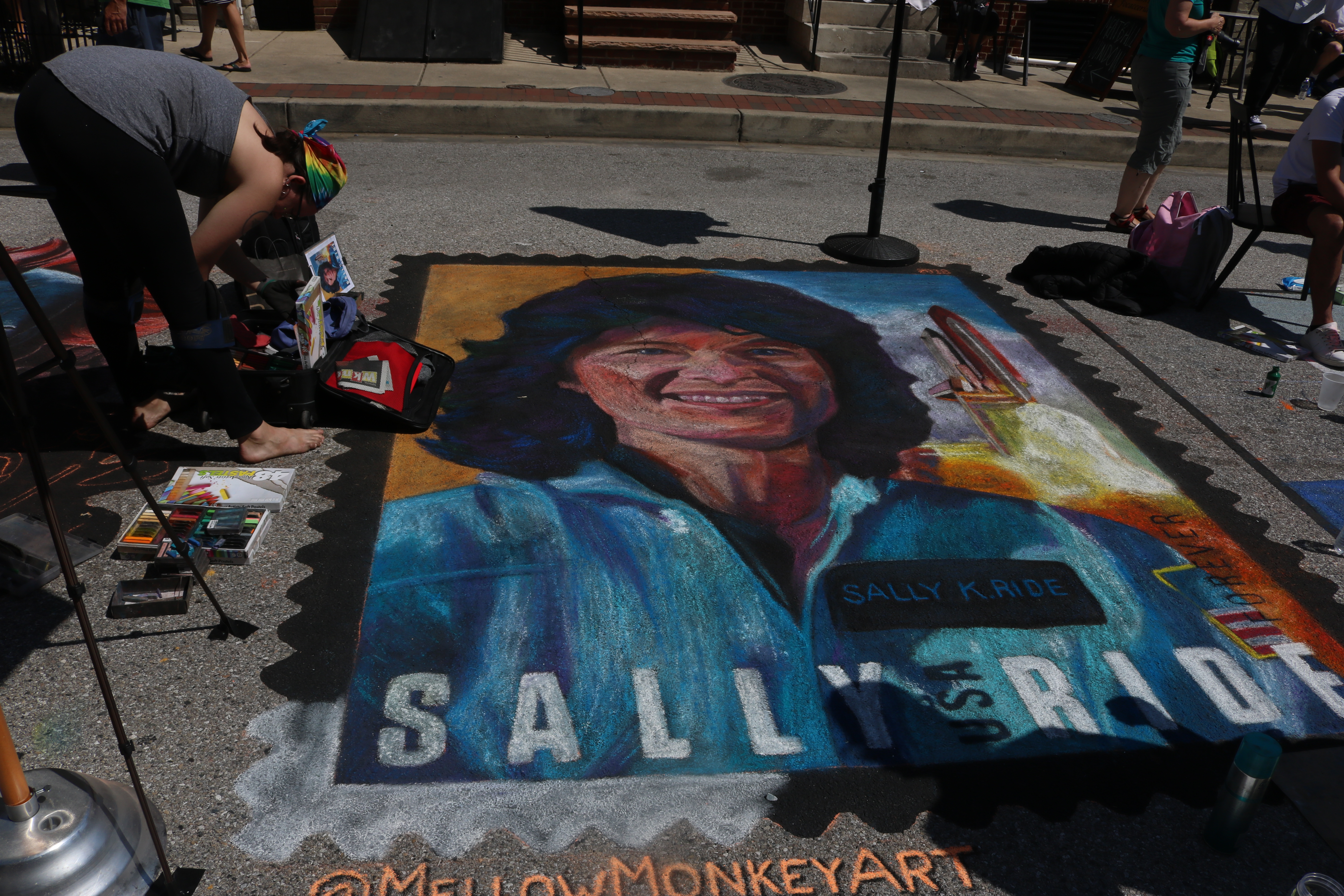 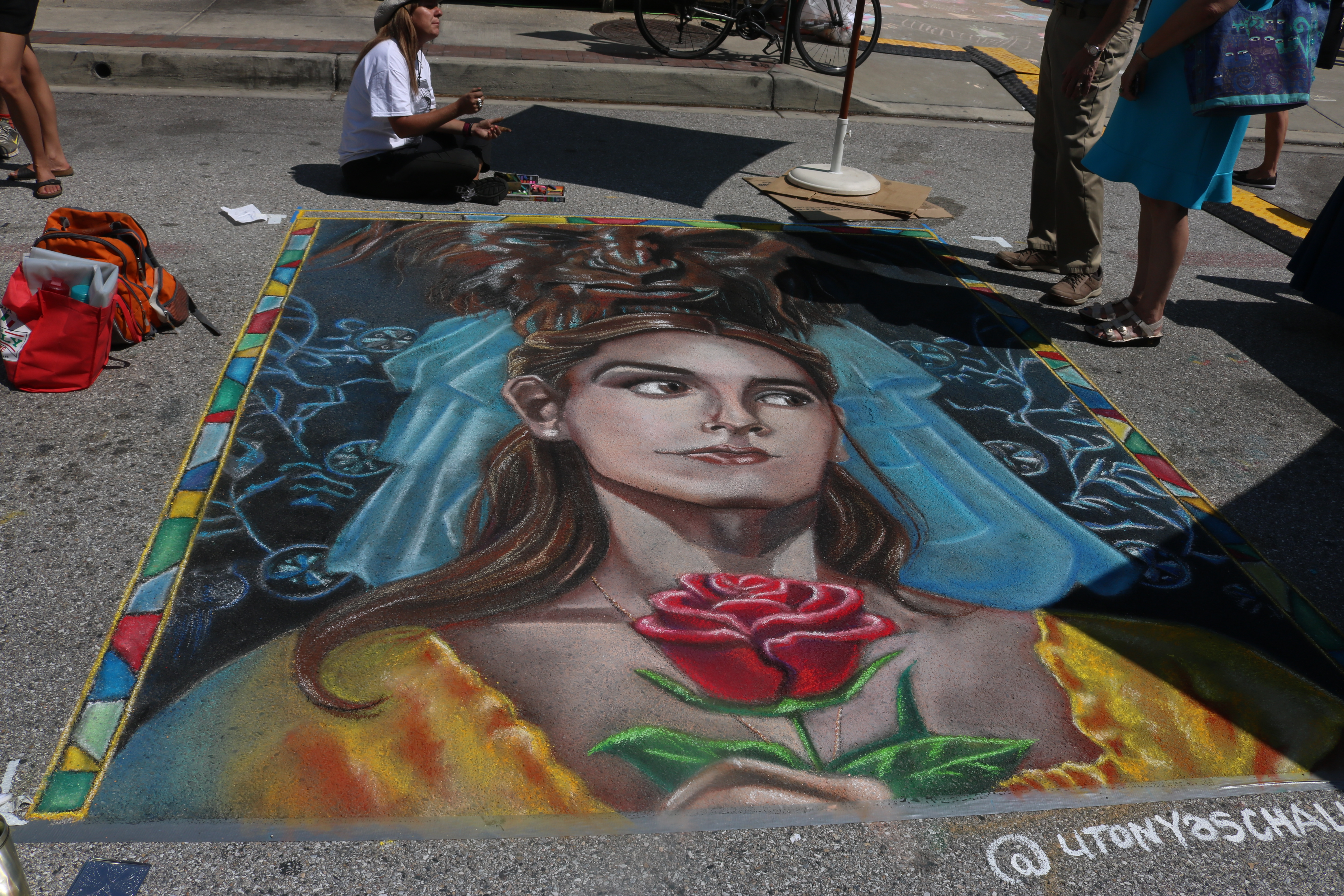