GBCA welcomes new Board of Directors

On behalf of the GBCA Directors and staff, I am thrilled to announce the election of Terri Lee Freeman, Lenora Henry, Charisse Nichols, Cara Ober, and David Tohn to our Board. Please join me in welcoming them to our leadership team. 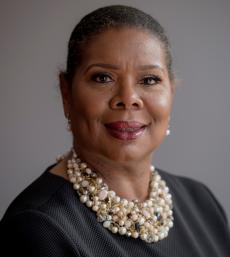 Terri Lee Freeman was appointed Executive Director of the Reginald F. Lewis Museum of Maryland African American History and Culture in December 2020. The seventh director of the State’s largest museum devoted to African American history, Freeman is responsible for providing strategic leadership in furthering the museum’s mission as an educational and cultural institution. Freeman will focus on establishing The Lewis Museum as the premier experience and best resource for information and inspiration about the lives of African American Marylanders. She seeks to grow the organization’s visitors and membership, connect history to current events, and expand the museum’s connection and outreach to the very rich and vibrant communities which make up the state of Maryland.

Ms. Freeman lives by the saying that what is most important is what people say about you when you aren’t in the room. 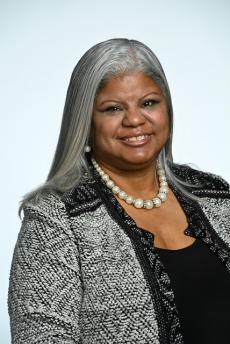 Before being named the Executive Director of the Baltimore City Chamber of Commerce, Lenora Henry served in several leadership roles and spent over 20 years developing and cultivating relationships with external stakeholders, city and state agencies, corporations, and faith-based and neighborhood organizations. Most recently, as the former Director of Strategic Initiatives and Sr. Development Officer for Corporate Relations at the Baltimore Office of Promotion & The Arts (BOPA), she was a leader in educating community residents on advocacy efforts and program resources.

Ms. Henry started her fundraising career traveling across the United States for the American Red Cross, covering national and local disasters. Since then, she has also worked for the House of Ruth Maryland, United Way of Central Maryland, Enterprise Community Partners, Catholic Charities, and the Howard County General Hospital Foundation.

Lenora has been very involved with her community, serving on the boards of Shepherd's Clinic and her alma mater, Mercy High School. A graduate of the University of Baltimore, where she earned a Masters in Public Administration with a concentration in Nonprofit Management, Lenora received her undergraduate degree in business from Sojourner-Douglass College. 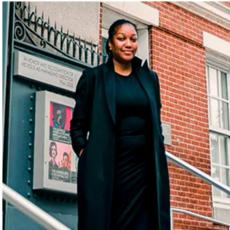 Charisse Nichols grew up in Maryland, and is a graduate of University of Maryland Eastern Shore, where she studied English. Charisse spent over a decade at Baltimore Center Stage as Director of Promotions, where she brought enormous imagination and creativity to the process of marketing theater. She has served as Private Dining Director and Promotions Manager for several Foreman Wolf restaurants including Charleston, Cinghiale, PAZO, Petit Louis Bistro on the Lake, and Johnny’s. Most recently, Charisse worked as General Manager of Bar Vasquez. 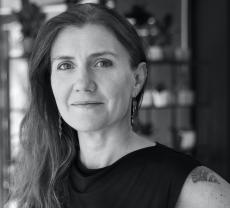 Cara Ober is an artist, arts writer, curator, and the founding editor and publisher at BmoreArt, Baltimore's art and culture magazine. In addition to her regular writing and editing for BmoreArt, Ober has published articles in Vulture: New York Magazine, Hyperallergic, Burnaway, Art Papers, ARTnews, and The Baltimore Sun. In 2021, Ober was named Sue Hess MD Arts Advocate of the year, and in 2019, she was awarded a Rabkin Art Writers Grant and commissioned by the Warhol Foundation to write "Artspeak and Audience" for Common Field. Cara has taught classes and lectured at MICA, Johns Hopkins, American University, UMBC, and Goucher College. She holds an MFA in painting from MICA and a degree in fine arts from American University. 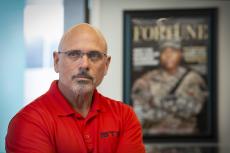 David Tohn is the Chief Executive Officer at BTS Software Solutions (BTS-S2) in Colombia, Maryland, co-founder of the BTS-S2 spinoff, Verb8tm™, Inc., Chairman of the Board of Directors for Steer™, LLC, and Chairman of the Technology Board of the Maryland Technology Council. David is a retired military officer with over 24 years of experience in military intelligence, strategic planning, and has a deep background in cyber operations, policy, and planning.

He entered the private sector following his military career, joining the CyberPoint International team in Baltimore, to promote commercial and international cybersecurity products and services. He assumed the CEO position of BTS-S2, a defense and intelligence community products and services company, in 2014. He assumed the Chairman position at Steer, an MD-based autonomous parking and fleet operations start-up, in 2019 and assumed Chairman of the MTC Tech Board in 2020.

CLICK HERE TO SEE GBCA'S FULL BOARD OF DIRECTOR'S