"It’s Over Already?" A UALP Fellow Looks Back 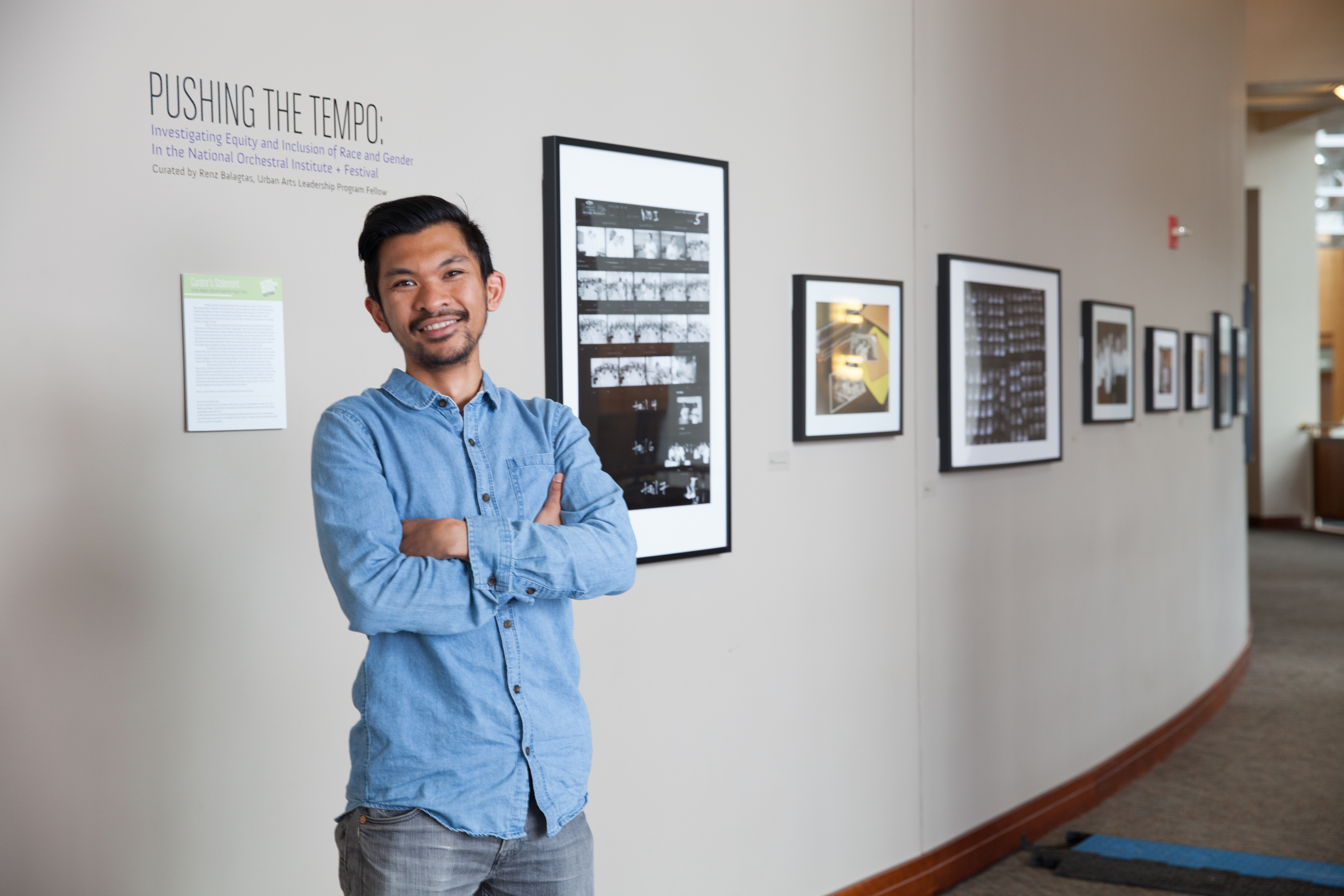 They say that time flies when you’re having fun and my fellowship with The Clarice Smith Performing Arts Center is coming to an end. Earlier this week, as I installed the last photograph in an exhibition I curated for them, I felt a gust of excitement wash over me and I almost forgot that soon I would have to say goodbye to all the great people that I met as The Urban Arts Leadership Fellow for The Clarice. I suppose that my time with The Clarice has “flown,” but the half-year I spent working here has left an impression on me that will influence the rest of my life.

I started working at The Clarice through my fellowship with the Urban Arts Leadership Program, as part of the program’s organizational integration period. Four months into my UALP fellowship, several host organizations were invited to sit down with each member of the cohort for 15 minutes. Sort of like a speed dating job interview! There were ten organizations and ten fellows who all got a chance to get to know each other. The interview process was short but it was great to sit down with the leaders of each organization who would be mentoring us through our partnership project. At the end of the interviews, both the hosts and fellows were told to write down our top three favorites. Two weeks later, the partnerships were announced. I was paired with The Clarice Smith Performing Arts Center, my first option! 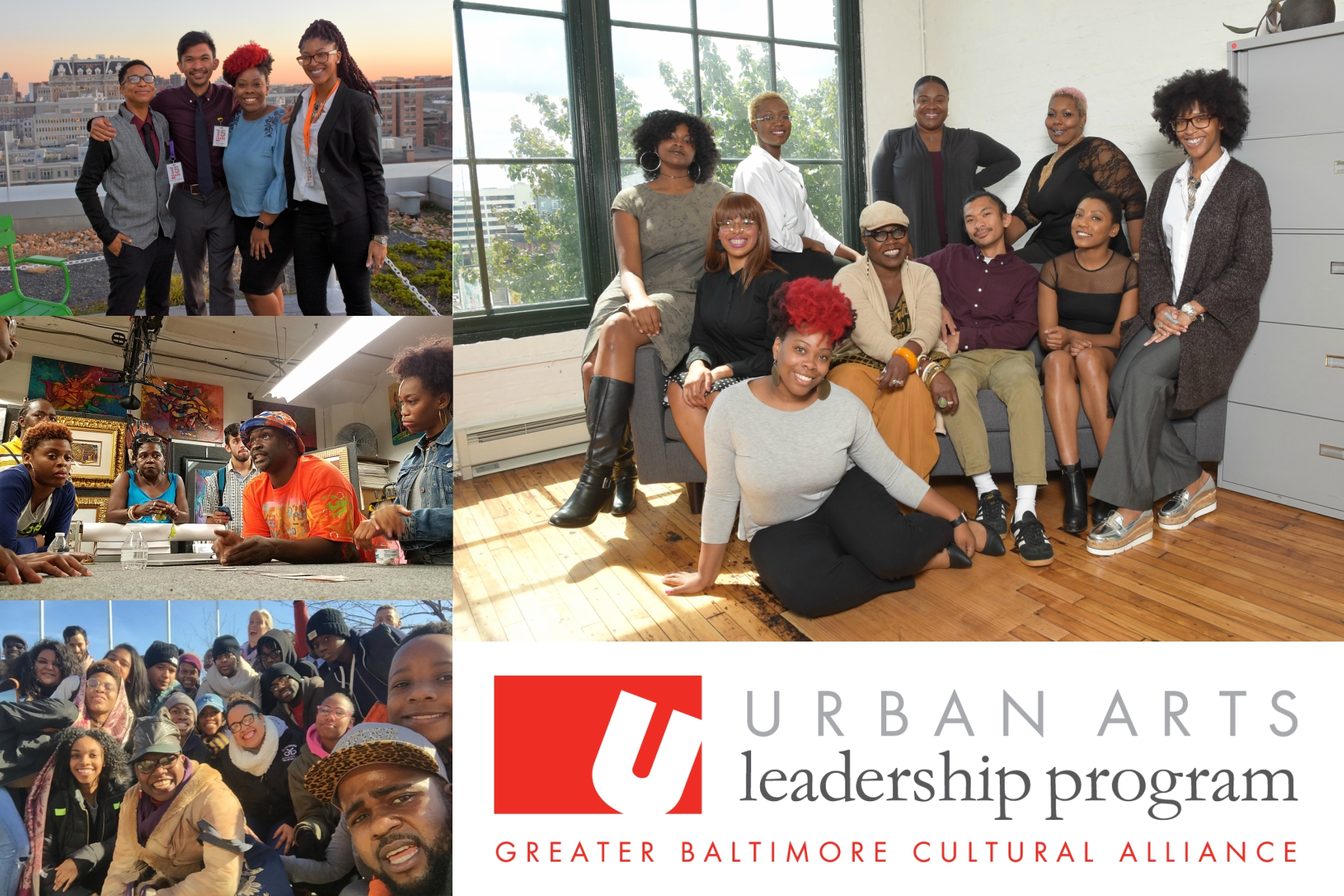 I remember my first day at The Clarice. I did not know what to expect from the partnership even after looking at photos of the building and digging through their website. I was a visual artist, after all. I am not an elegant dancer, I wasn’t a practicing actor, and the only musical performing I’ve ever done was in my friend’s garage. All of these “what-ifs” rattled around inside my head until I finally pulled up to the entrance of the University of Maryland. I was greeted by a massive stadium and The Clarice, equally as impressive, across the street. To a first-timer like me, navigating the building felt like I was stepping into a labyrinth. I stumbled my way into a meeting room where a few senior staff members of The Clarice greeted me with smiles. “You found us!” they said.

After obligatory introductions, we got down to the nitty gritty. How could my skills be developed, and what kind of projects could The Clarice offer me? They admitted that it was unusual for a visual artist to work in a performing arts center, but we all agreed that my skills as a muralist, small business owner, and curator could overlap with the goals of the organization. My mentor-to-be Erica Bondarev Rapach sounded excited at the opportunity to work with somebody with a different background than what she was used to. In that first meeting, we settled on the projects I would eventually work on: A community arts painting project, and a curated exhibition for the National Orchestral Institute + Festival. As quickly as the meeting started, we were up and running for our first project. 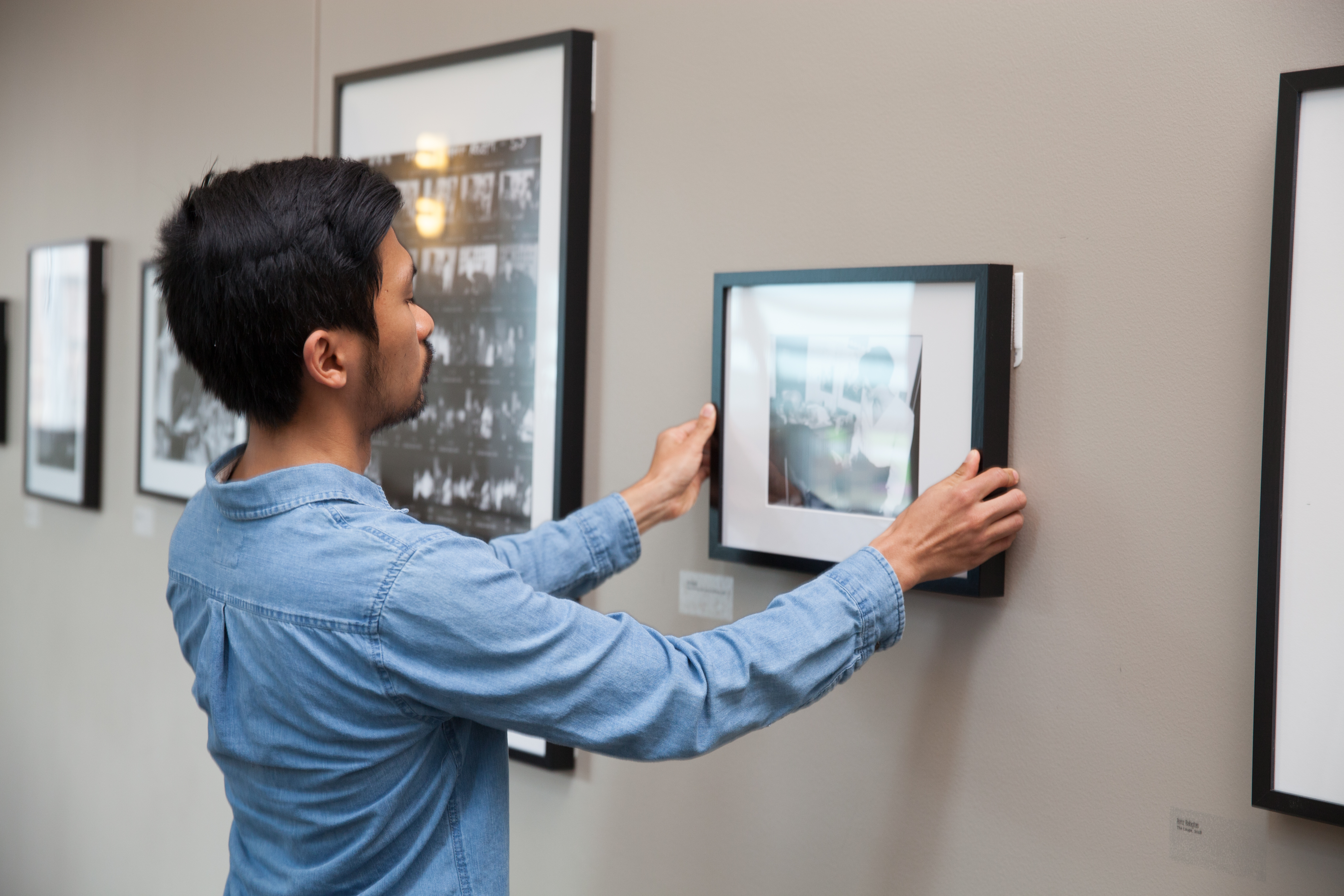 I was hesitant to jump out of the birds nest, but Erica was there to give me a friendly push. In my first few days working with her, she took me to meetings at The Clarice and local community centers. I was introduced to The Clarice Family, to Prince Georges county’s community of arts administrators and before I knew it, people were greeting me by name when they saw me in the office. I stood in front of a Community Action Panel and pitched my ideas for community engagement. I sat with the Director of the National Orchestral Institute and pitched my vision for their year’s photo exhibition. I was given enough room to be myself while also being taught valuable skills for the world of project development and management. I was ready for more. Then I realized it was already June.

The final project of my fellowship at The Clarice was to curate a photgraphy exhibition as part of the National Orchestral Institute + Festival. It is currently on display and you should go check it out! On June 23rd, The Clarice will host a panel discussion to talk about the topic of the exhibition. The exhibition is called "Pushing The Tempo: Investigating equity & inclusion within the National Orchestral Institute+Festival." I included my curator’s statement below to give you a taste of the narrative and motivation behind the images I displayed.

“I began my research by combing through two boxes of photographs, slides and film negatives filed and organized by year. The files were as old as 1988 and as recent as 2007. Through my magnifying glass, I looked at the slides, contact sheets and negatives and studied every single scene. Year after year, I saw fashion, hairstyles and the quality of photos change to reflect the technology and style trends of the time, yet one thing remained the same: no matter which year I looked through, most of the images showed rooms filled with mostly white male faces. Before I started looking through the boxes, a part of me wanted to believe that my research would uncover a narrative about diversity different than the stories I was familiar with. Instead the photos in the archive reminded me of the deeply entrenched influence in which outdated tropes of marginalization have affected women and people of color in the past, and continue to today.

The photographs were intentionally selected based on the representation of marginalized people in contrast with the dominant narrative implicit to the history of orchestras. As a first generation Filipino immigrant, these twelve images represent my perspective as a person of color with a uniquely particular experience of ethnic bias. I curated the images to describe an institution’s history of inclusivity through the investigation of a dominant white male narrative. Photographs of contact sheets and prints are included to provide a vicarious experience of the researcher. Photos of conductors are included based on their influence to racial and gender inclusivity in orchestra.”

I can see the end on the horizon, and I think, “it’s over already?” The fellowship been a challenging and productive journey and I can feel how much my skills in leadership have soared. The hands on experience has fostered me into a more courageous, more intentional and more confident person. It’s three whole weeks until June 28th and then I will graduate! Before I know it, I’ll be finished, and no matter how fast time wants to go, I’m proud to say that I’m ready for the next jump. All I need to do now is open my wings and let myself fly. 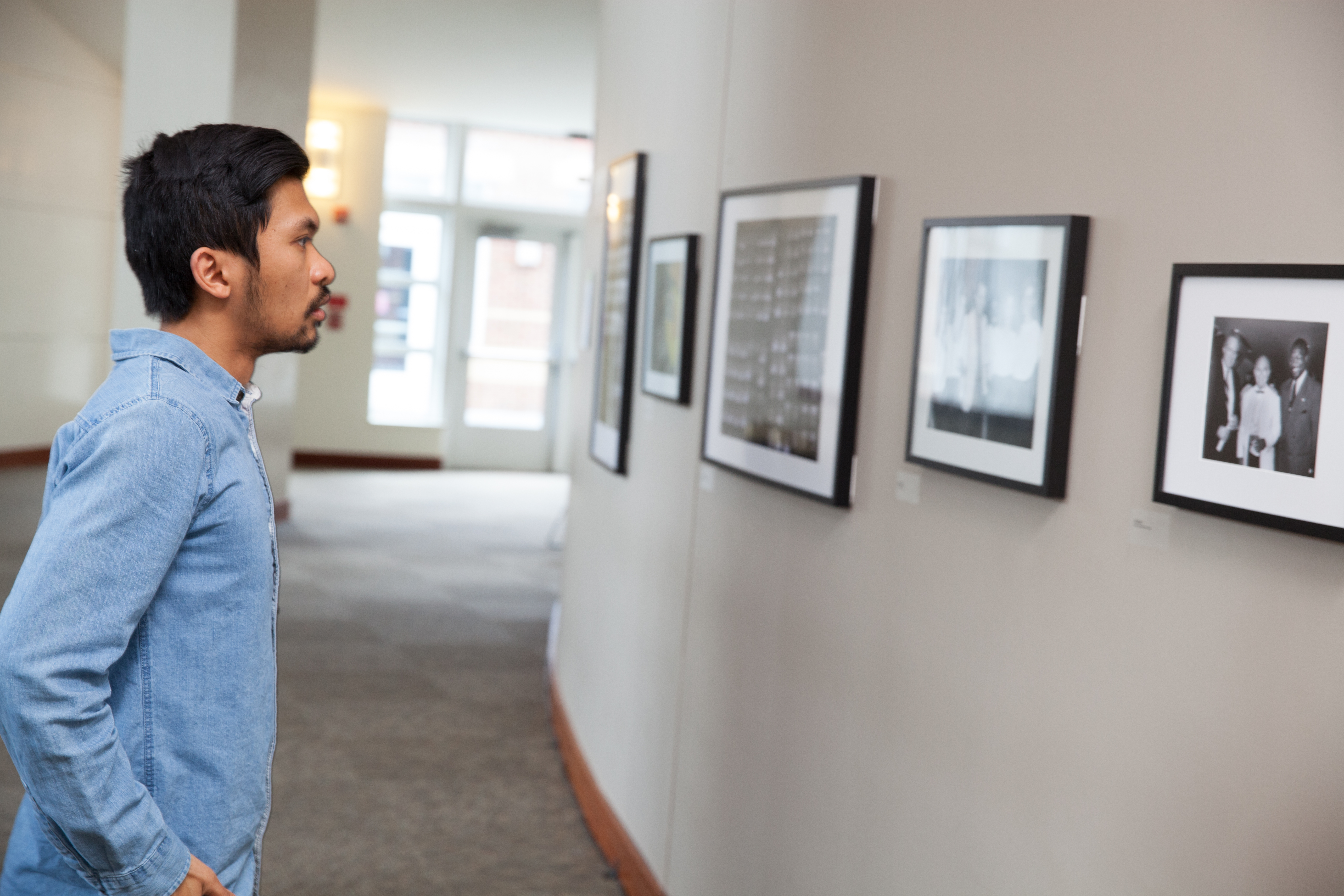