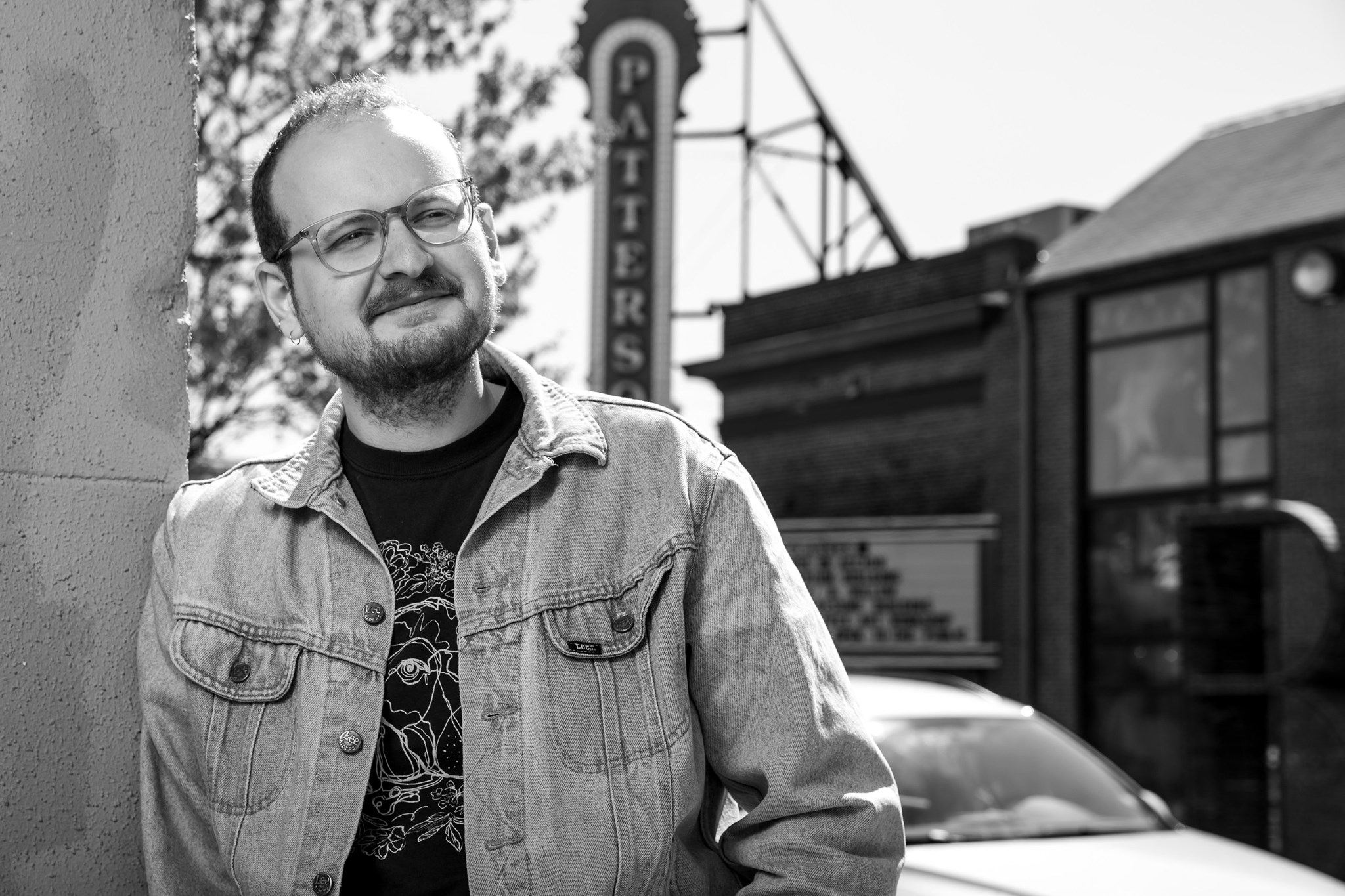 Micah and his work are immersed into the Baltimore art scene; If you have ever been to Dooby’s in Mt. Vernon you have probably seen some of Micah’s photography, he has done portraits for multiple Baltimore musicians. Maybe you have heard one of his songs pop up on your Spotify or Apple Music, he just released his self-titled album in May. Or maybe you have seen his graphic design work on a poster at the Creative Alliance (a GBCA member organization) where Micah works as the design and marketing associate. For me, it was all three! I met Micah through my part-time job at the Creative Alliance, and when I started interviewing Baltimore-based artists, I knew I needed to do a story about him. When we spoke for this interview, we simply sat on the stage at Creative Alliance and he shared his journey as a photographer, musician, and participating supporter of the arts.

Micah Grew up in Newport News VA where he informed me the newspaper there is actually called “The Daily Press” (which is such a missed opportunity in my opinion but moving on). He moved to Baltimore for college at MICA and graduated in 2013 with his Bachelor of Arts in Photography and concentrations in Graphic Design and Book Making. Originally, he did not want to even consider attending MICA because of the obvious name similarity. He couldn't fathom being “Micah” who went to “MICA” but his mother had other ideas. “When I was 16, there was a show that I really wanted to see at the Ottobar, and my mom told me she would only drive me the five hours to the show if I also checked out a school called MICA.” When Micah went on the admissions tour, he actually introduced himself as George to avoid embarrassment, but after the tour, he fell in love with the school and ended up attending and making peace with his alma mater's naming blunder. 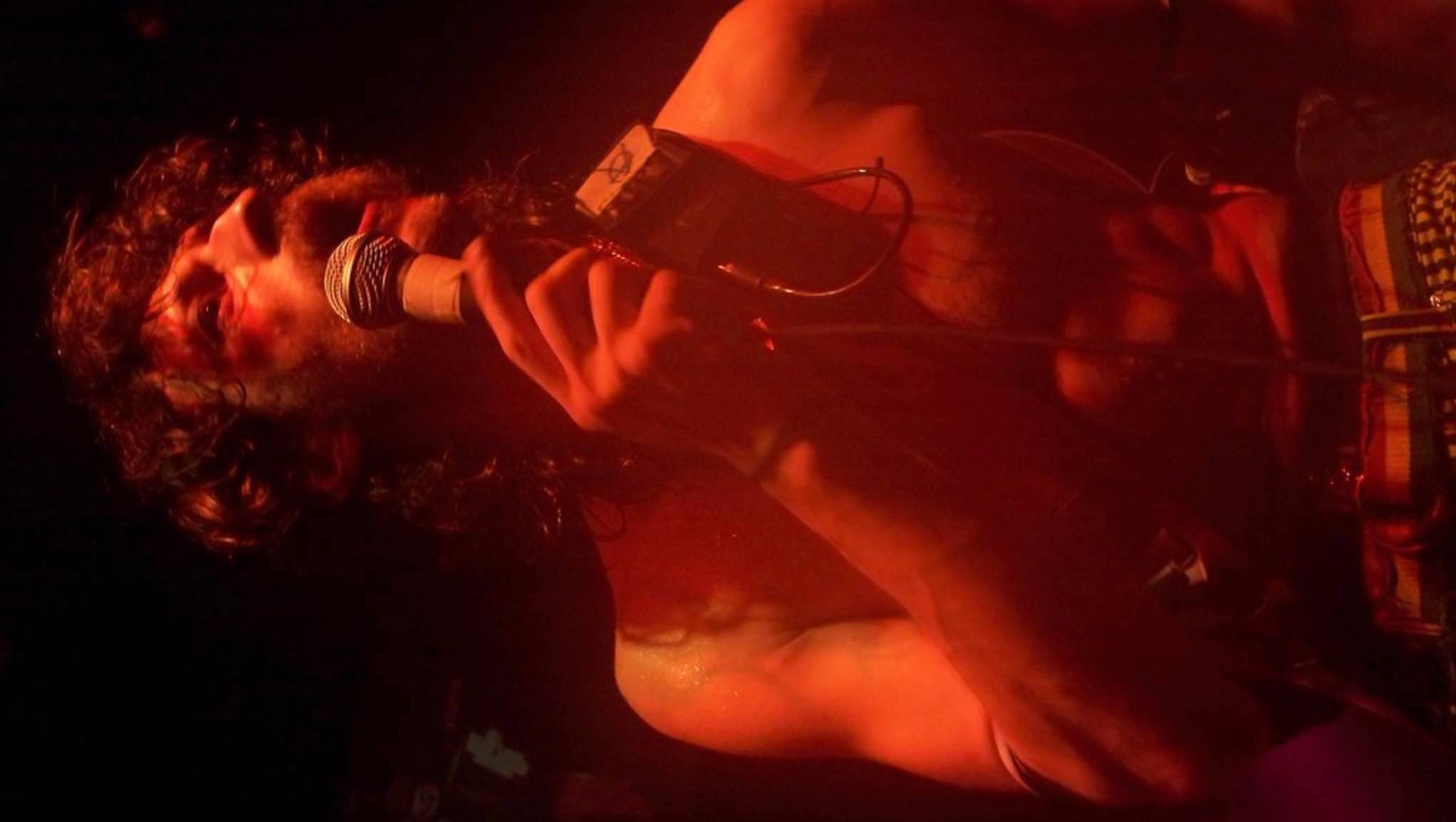 When Micah was 16 he took one of his first favorite photographs with a pocket camera at a concert (pictured above). The concert was for a band called “Gogol Bordello” and when Micah took this photo, the camera had some sort of moisture on the lens that gave the image a really cool effect and really captured the steamy otherworldly energy of the show. After this serendipitous moment of discovery, Micah realized a passion for capturing live performance, and he started deliberately shooting concerts and musician portraiture. In college, Micah put together a photobook called ‘Features’ that explored capturing musicians as they viewed themselves. “Musicians know how they want to be portrayed because they perform, I love working with them because I can ask 'how would you like to be seen?” Micah said. He feels that too often magazines and photo studios try to make things look ‘cool’ and control or mold musicians to look a certain way, but Micah enjoys capturing them in a more organic process by putting the creative power back in the hands of the subject. 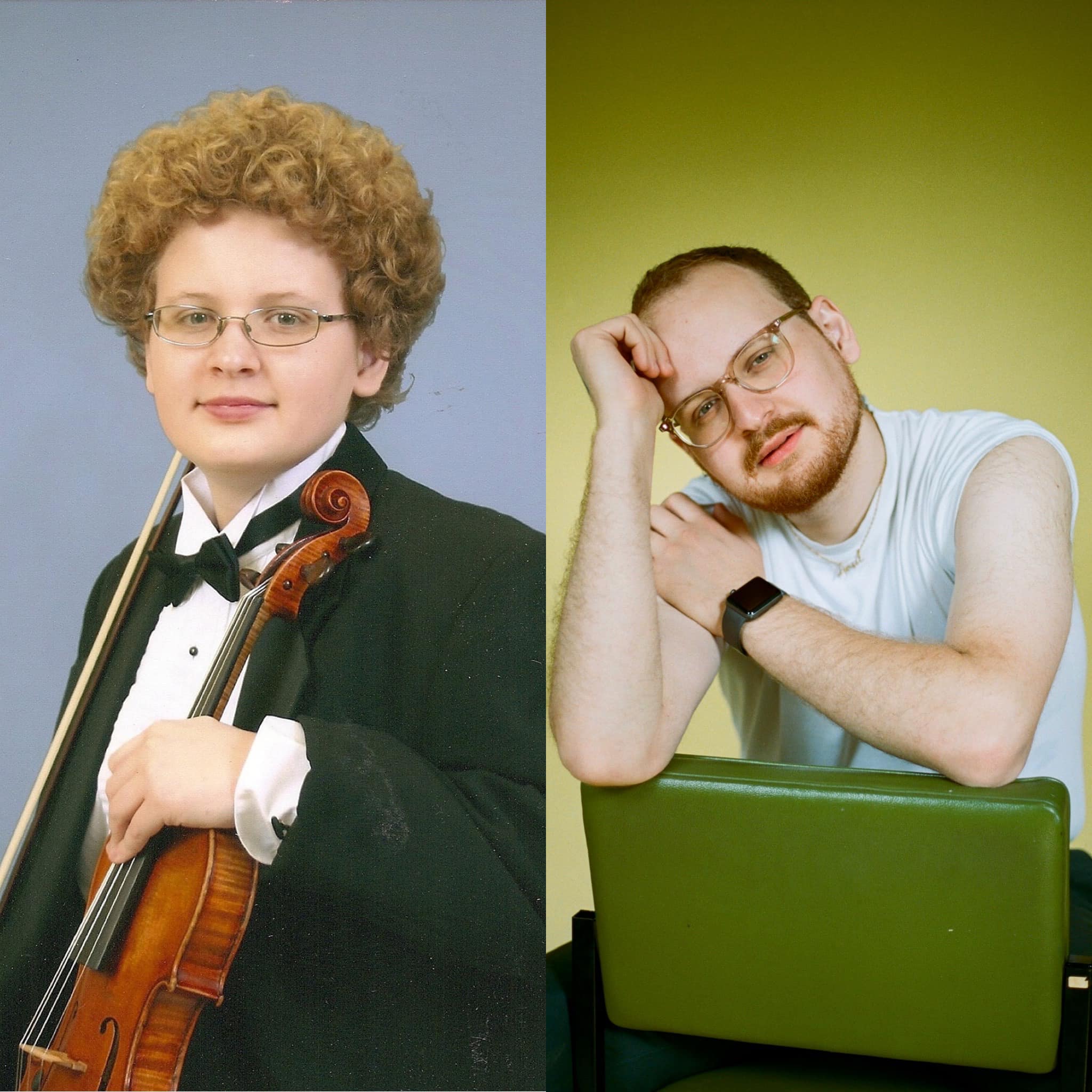 Micah grew up playing the violin and started writing his own songs at a young age, however, it wasn’t until he started photographing musicians that he became inspired to start releasing his own music. “Being a photographer for musicians put me in the right place to be motivated as a musician.” On May 17th of this year, Micah released his self-titled album that was two years in the making. The album contains 12 songs that feature the sounds and blends of pop, psychedelic/alt rock, and even some soul. A fun little fact that he shared with me is that all of the piano on the album was written and recorded on his grandfather's grand piano that he inherited. Micah took his album as an opportunity to collaborate with other artists as well, stating that “being in a place like Baltimore and not immersing yourself in the arts or collaborating with other artists is such a waste...there is no reason to be isolated in a city with such a rich art and culture scene.” On the album Micah E. Wood he worked with musicians like Dan from Super City, Tom from Modern Nomad, Will from Bosely, and Corynne from Natural Velvet to name a few. Mixing was done by Mateyo at Moosehouse Studios. Each musician brought a different strength to the table, and Micah told me how much he was able to learn just by involving so many talented people in the album creation process. When I asked how he was able to make all of these connections, he told me that he either met them through photography gigs, or by meeting them at The Crown (which he said is a better networking platform than LinkedIn!) “The Music scene in Baltimore is filled with talented musicians, and like any family there can be feuds, but at the end of the day we all stick up for each other and that is one of the reasons why I love Baltimore.” 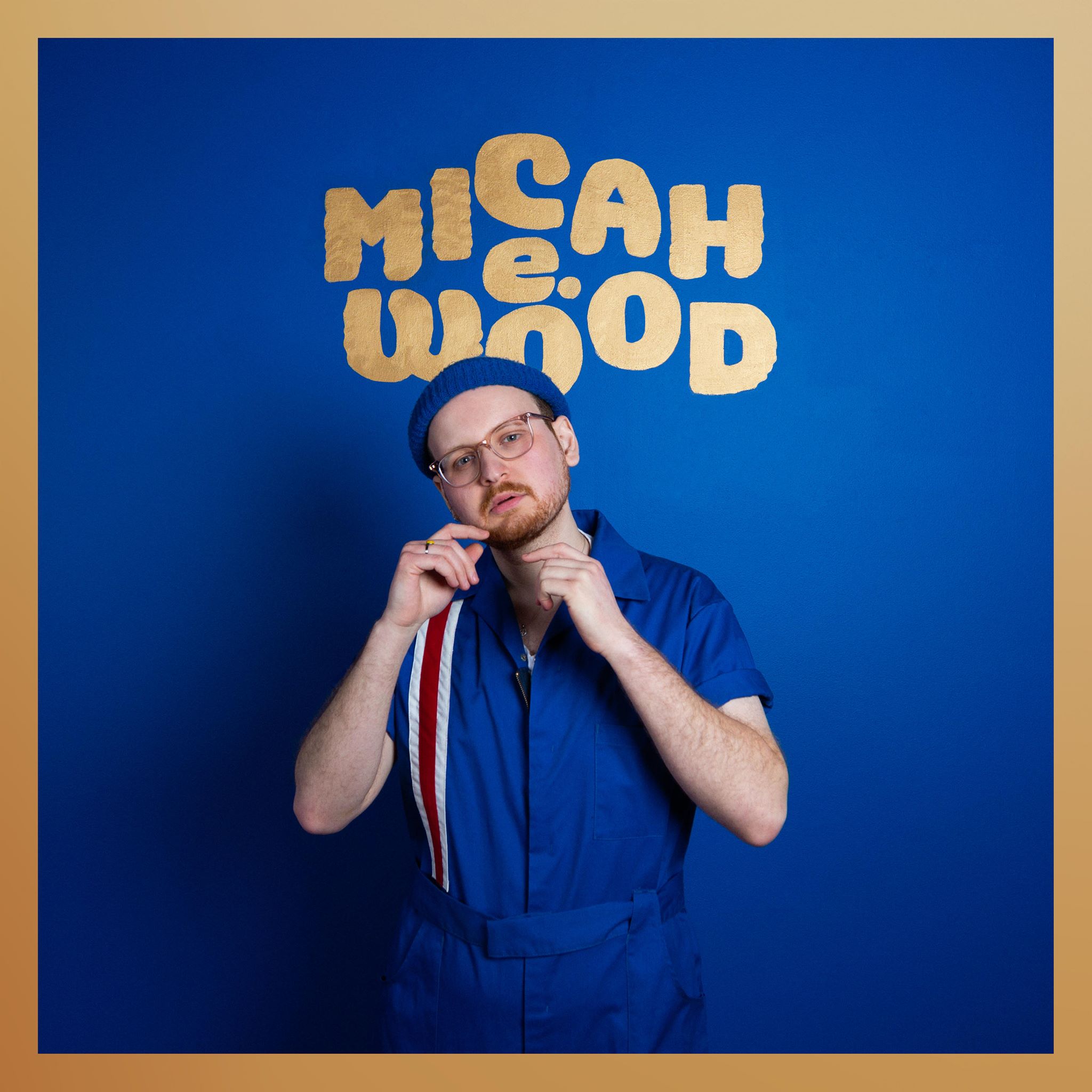 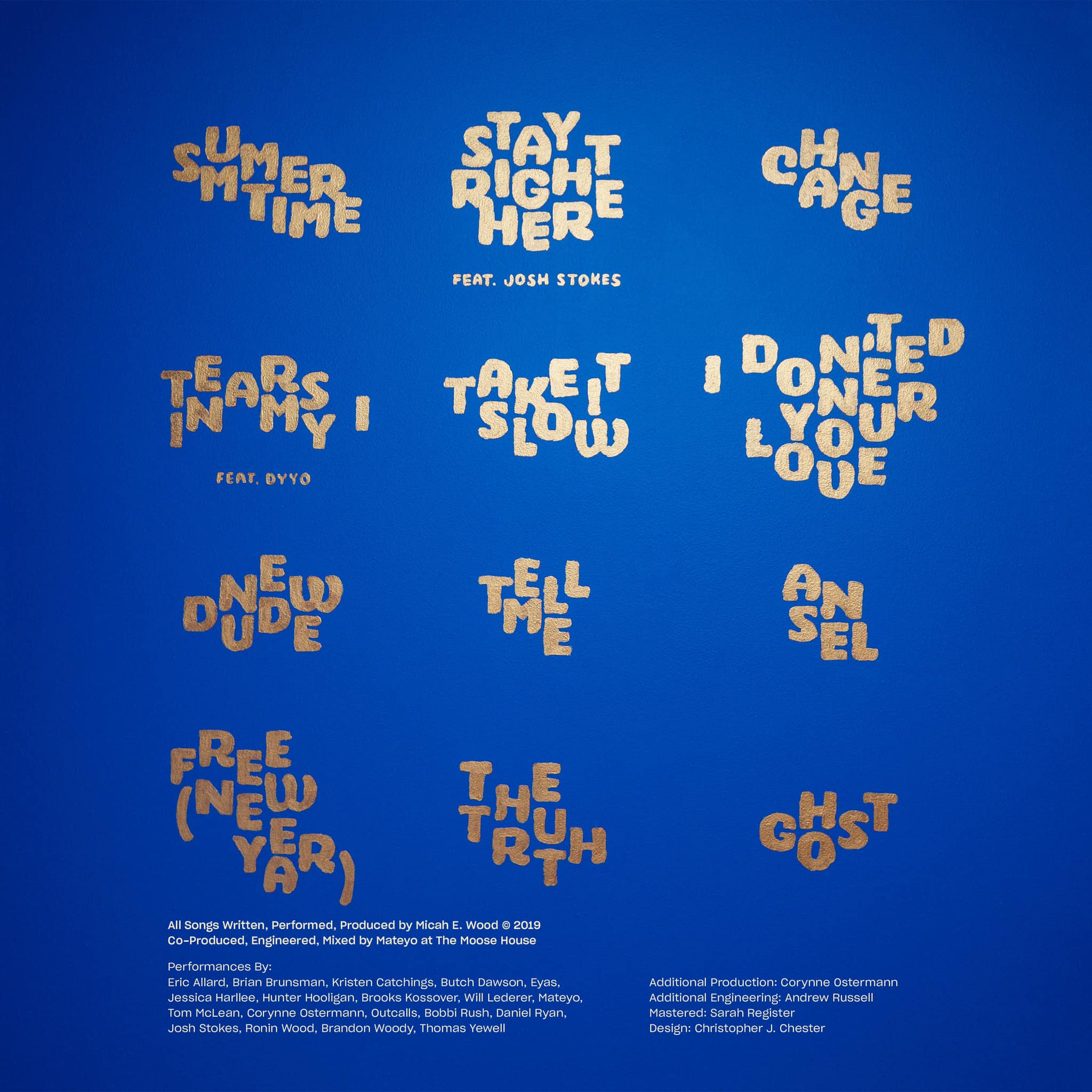 Want to see Micah live? He will be playing at the Ottobar on August 3rd and you can find the event on Culture Fly for more details!

To See Micah’s work and listen to his music, visit his website https://micahewood.com/