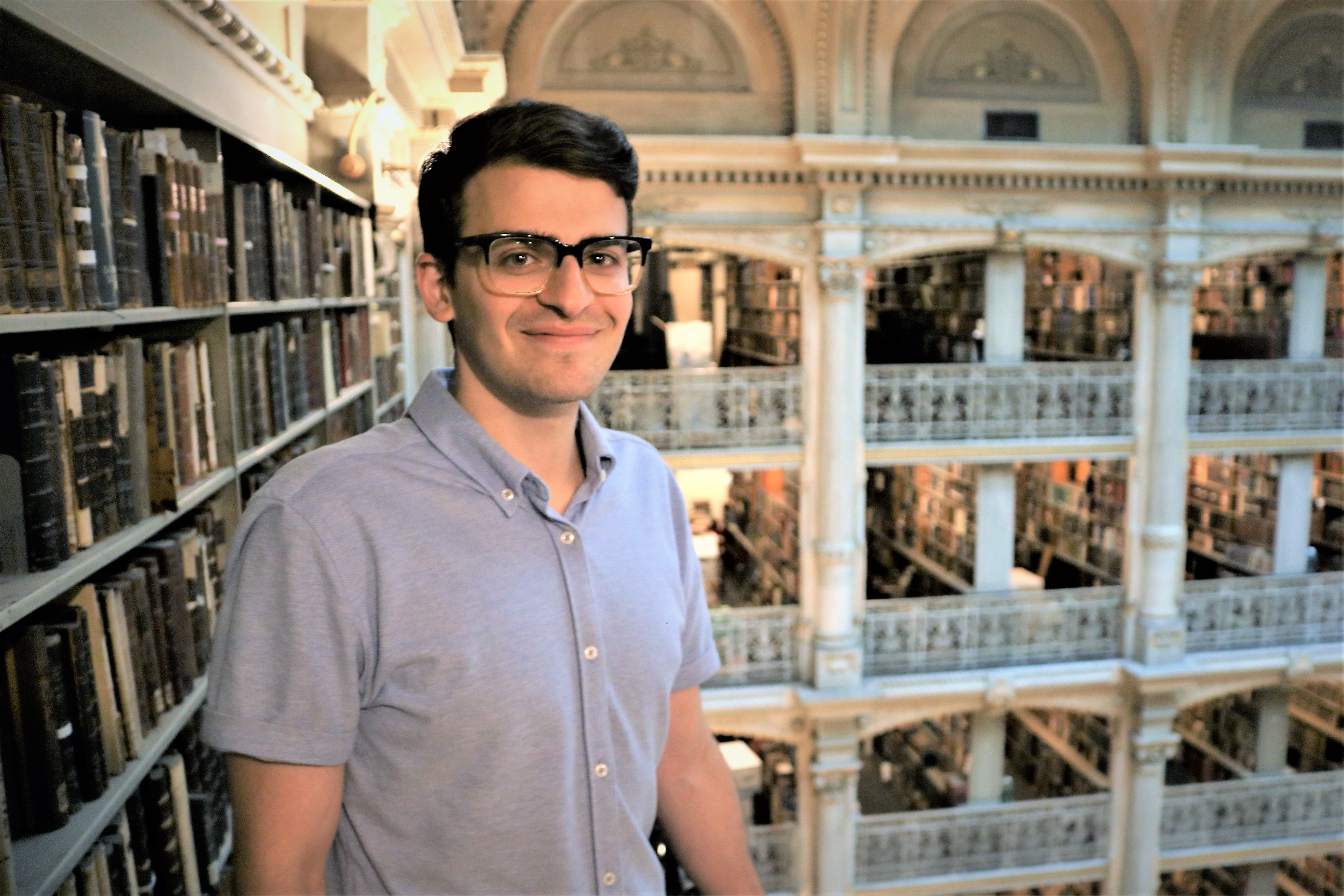 If you haven't heard, there is a classical music series at the George Peabody Library called “In the Stacks.” It is an annual series that incorporates music, dance, architecture, literature, and many other forms of art into a program that is accessible to everyone willing to listen. I had the honor of sitting down in the Peabody Library (which is gorgeous by the way) with the founder and mastermind behind the “In the Stacks” series, Sam Bessen.

Sam, originally from Arizona, is a classically trained french horn player who studied horn performance at the University of Denver for his undergrad and received his masters in horn performance from the Peabody Conservatory. After years of playing and attending traditional concerts, he began to take issue with some aspects of the classical programming he was witnessing. He noticed how disconnected many audience members were during chamber concerts. He wondered if the general audience lacked that “key” to accessing the music on a deeper level. Sam would see patrons drift off, oftentimes missing the contextual information they needed in order to make a personal connection to the composer's work. In addition to the knowledge access barrier, classical programing is often expensive, which can be a secondary barrier to access for most young people.

“This series [In the Stacks] is an attempt to fix this problem, ” Sams says. “Accessibility is one of my main goals, both financial (all concerts are free) and contextually. Rather than sitting through an hour of chamber music, we take pauses between pieces to talk about the context so people can connect with what they are listening to.” Listening to Sam speak so passionately about why he created this series was truly inspiring. He saw a need in the world of classical music and created a formula for programming that has had major success thus far. Because of the financial and contextual accessibility, the series has become so popular that the shows are almost always sold out, and people wait in lines down the block to get in. 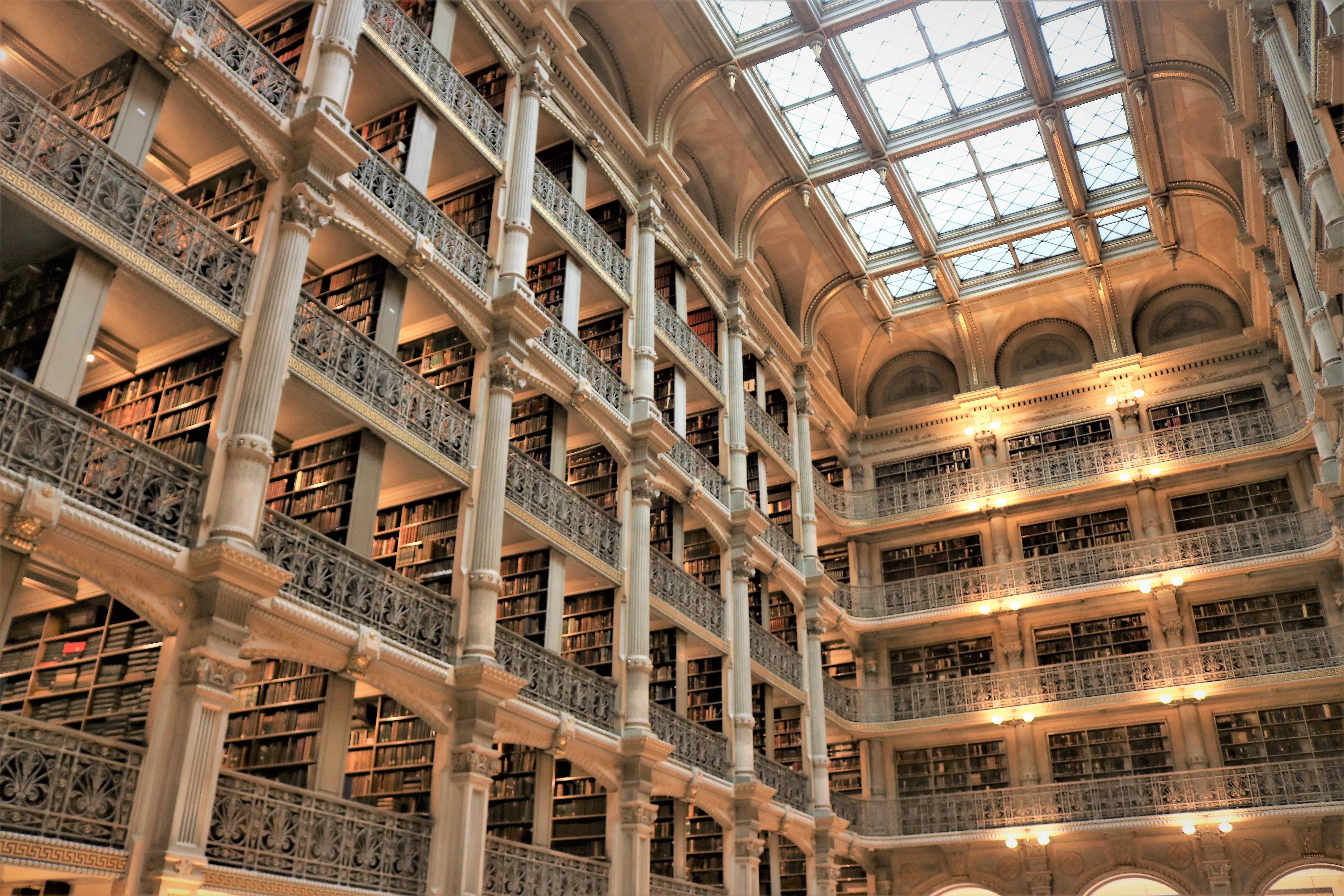 The first program of the series, held in September of 2017, was about the industrial revolution in Baltimore and how it helped build the Peabody Library and created the environment for advancements in classical instruments. For example, the piano got iron soundboards, and the natural horn got valves so it was able to play chromatic music and became the french horn. Sam always tries to tie the concert theme to the venue in order to engage local listeners in new ways. During that first program, he played one of the last pieces written by Hector Berlioz for natural horn (before the addition of the valves during the industrial revolution). “I talked about how Berlioz was obsessed with the idea of ‘musical color’ so we had the audience participate in an experiment in synesthesia” (where people connect colors with other senses like sound and taste) “I played some notes on the horn and asked audience members if any specific colors came to mind, and of course they had different ideas of what color each note was. After the exercise, we encouraged everyone to pay attention to the ‘musical colors’ as we played.” This is a perfect example of how Sam began revolutionizing concert-going for the audience, shifting from a passive to an interactive experience. He joked that “we could have just gone up and said ‘we are playing this piece by Hector Berlioz who was alive from 1803 to 1869, enjoy’ but people would walk away without fully experiencing what Berlioz was thinking when he composed the piece.” I asked Sam how he comes up with these awesome program ideas, and he told me he likes to start with a concept, then move to a line of questioning which will generally include what, why, where, and how questions surrounding the topic. Sam then frames the answers in a way that is accessible to those who haven't studied classical music. 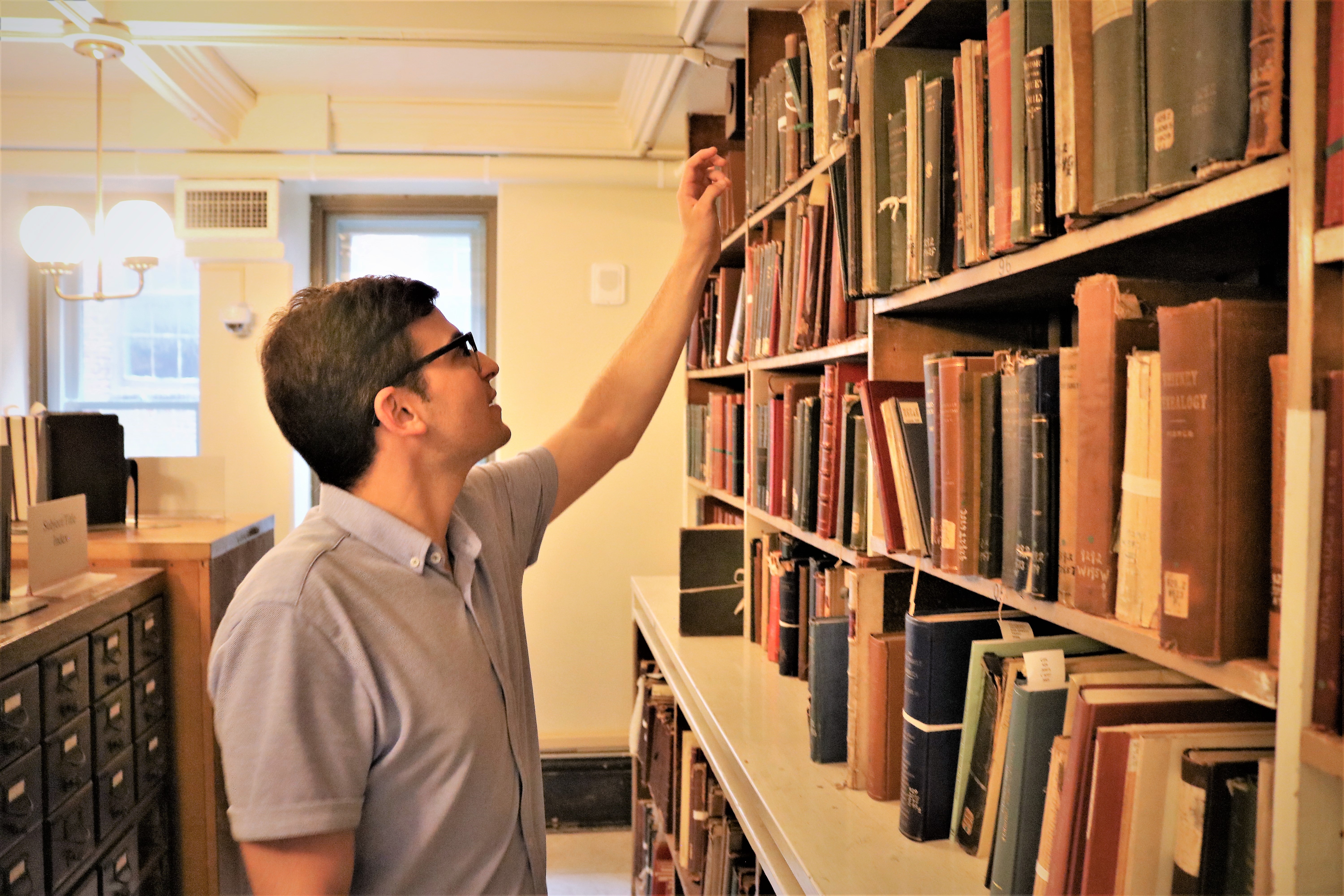 The next concert for the “In the Stacks” Series will be on August 21st, and the topic is Neoclassicism. The program will feature pieces and information about neoclassical music and highlight the stunning neoclassical architecture of the Peabody Library. Sam will be teaching the audience about classical forms in music, then shift to music where the composers use the classical forms but change and mess with them in weirds ways. Sam said one of the questions he wants to answer for audience members is “What are the forms and structures that were used ‘back then’ and why do we feel it is important to go back to them?” Certain areas of the library will be highlighted during the program as examples of neoclassical architecture, and some blueprints may even be on display. Sam explained that mixing classical music with something else can make it more interesting, for example, music paired with art, music, and literature, or in the case of the next program; music and architecture.