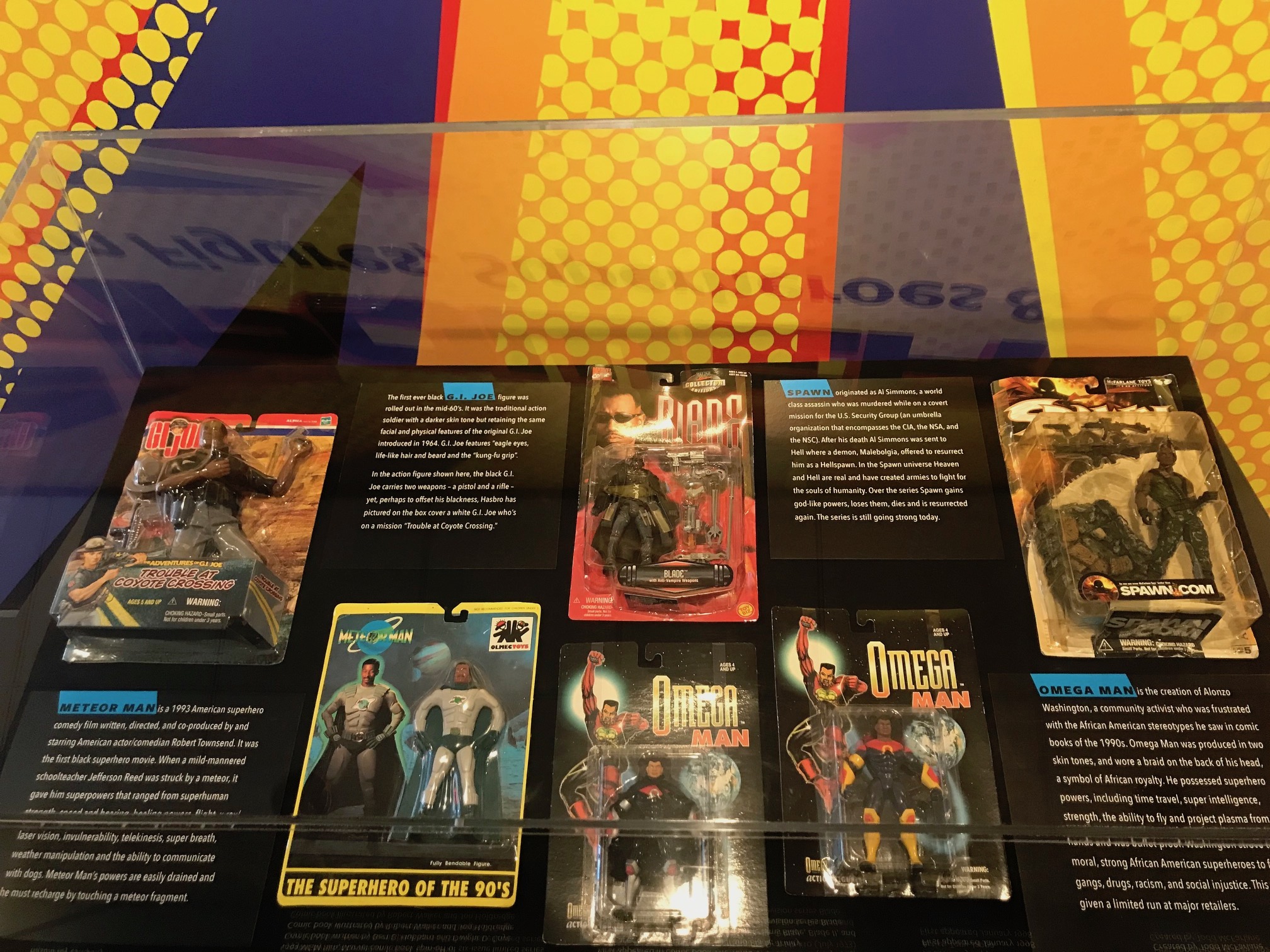 “Mom, there’s a such thing as a Black superhero!” a young Black boy exclaims as he runs into the exhibition space. The boy, no older than eight or nine, could not contain his joy as his eyes lit up upon seeing the vitrine filled with action figures situated at the center of the exhibition space.

“There’s Storm!” he announced, referencing the life-sized cut-out of the X-Men character suspended from the ceiling along with the action figure located in the vitrine central in the space. Storm was notably portrayed by Halle Berry in the 2000 film X-Men. 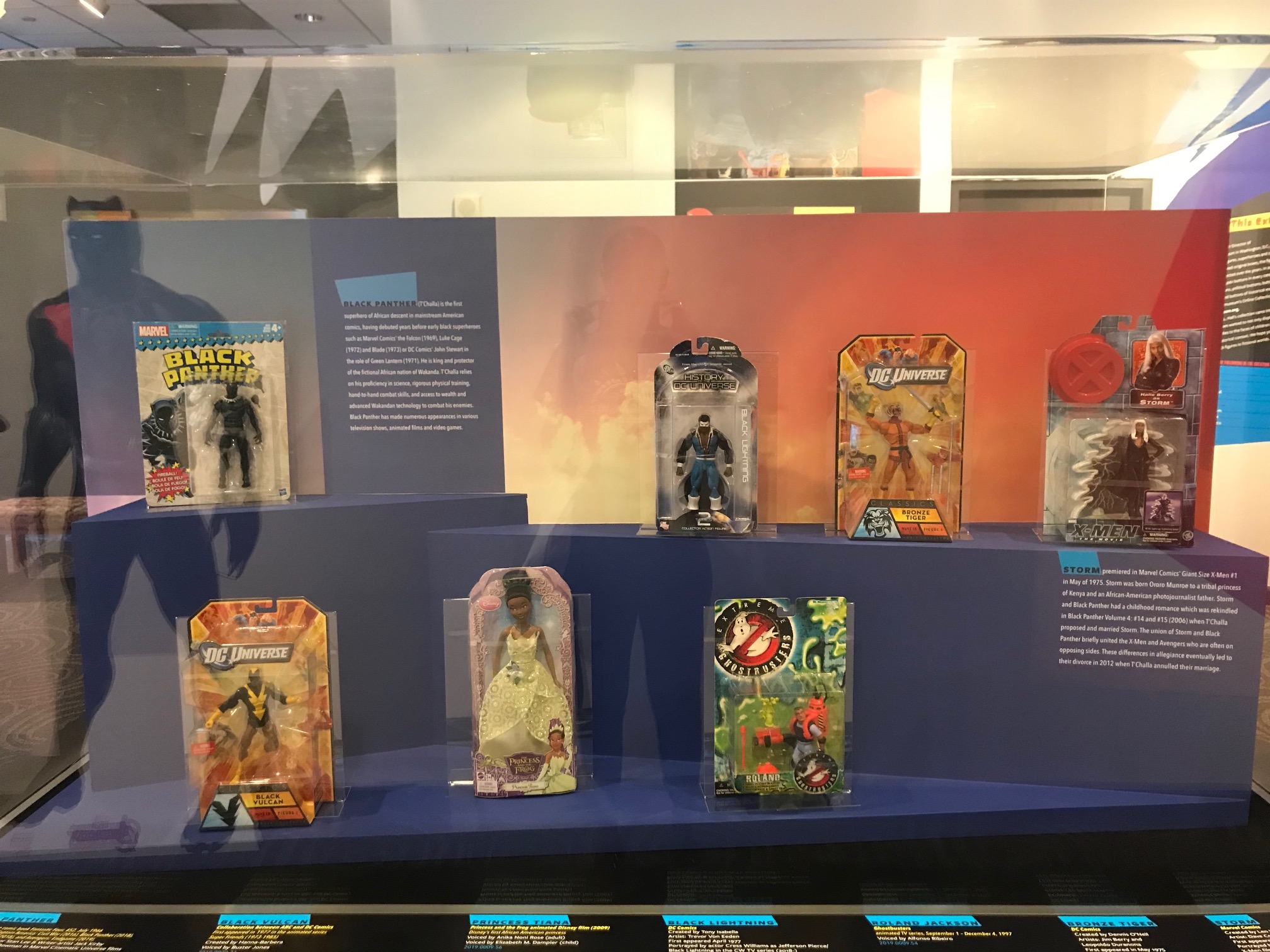 EMPOWERED! Black Action Figures, Superheroes, and Collectibles, at the Reginald F. Lewis Museum, is a contextually crucial exhibition that highlights the significance of Black representation throughout the comic, culture, and media industries. The exhibition is on view through February 23, 2020 and features collectible action figures, comic book superheroes, as well as continuous reel footage of Whoopi Goldberg as Guinan from Star Trek, James Earl Jones as Darth Vader, and Wesley Snipes as Blade, amongst several other Black characters that became pivotal in their existence within pop culture. These characters, including Storm, Meteor Man (portrayed by Robert Townsend in 1993), and Black Panther (portrayed by Chadwick Boseman in 2018), were crafted as an intervention to an era of pop culture that was saturated with white and male representation. 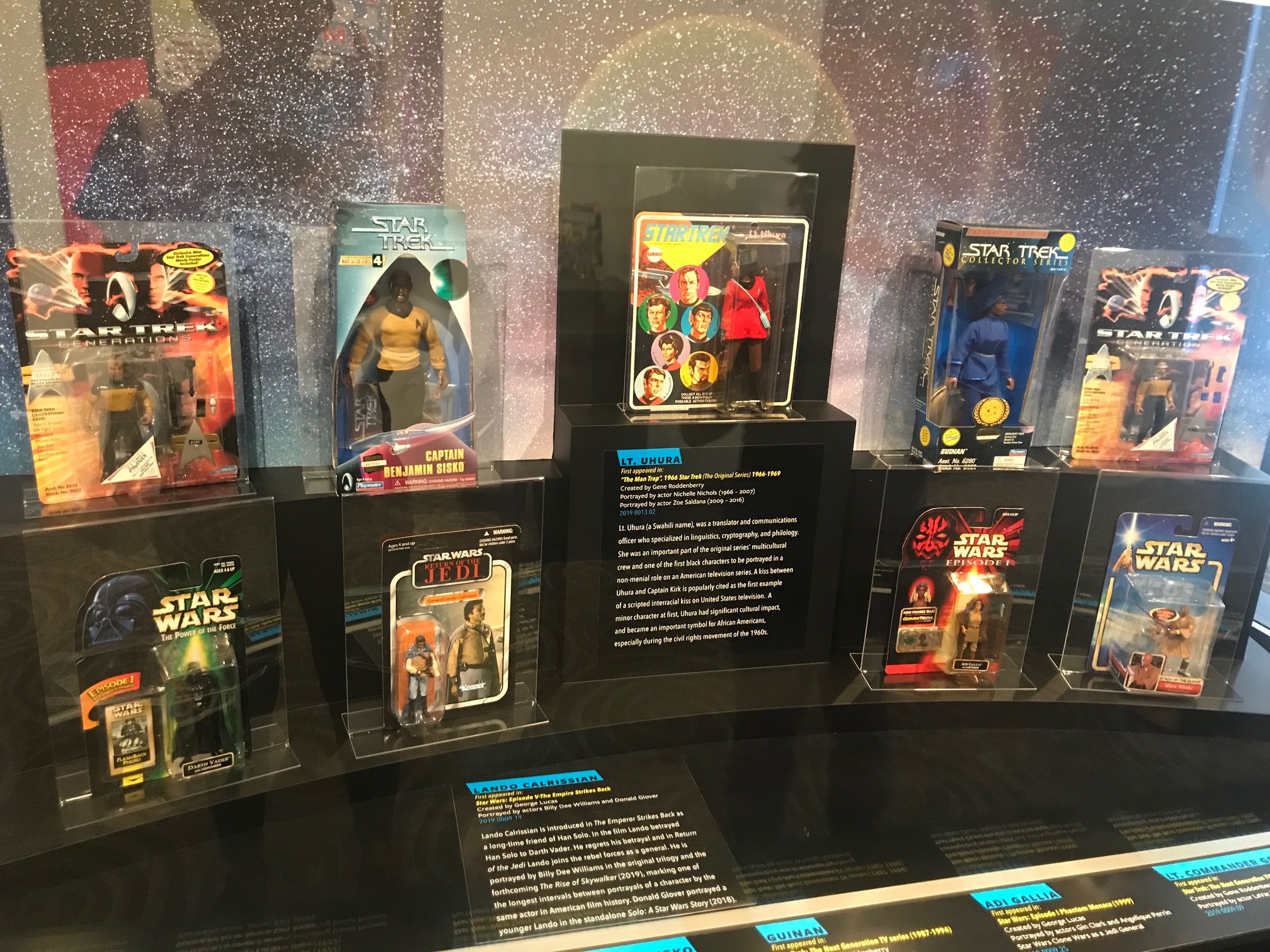 Arguably, the most recognized Black superhero figure amongst young children today is Black Panther. And of course, it was only right that the exhibition featured a life-sized version of the title character. Upon noticing Black Panther, the young boy who was still navigating wonderment and amazement immediately sprinted to the life-sized Black Panther and proceeded to do the infamous “Wakanda Forever” salute. His mother dotingly captured the moment on camera.

It was at this moment that I couldn’t help but stand in awe at the sheer impact representation has on the development of Black children. How empowering is it to see someone who looks like you saving nations, overcoming opposing forces, and working for the greater good - all the while donning a really cool costume that is sure to be equipped with superpowers! These characters’ existence reiterates to young Black children that their possibilities and dreams are boundless. And while they might not save a nation, overcome opposing forces, or work for the greater good by using weather manipulation powers, telekinesis, or superhuman strength, they will be able to actualize as they reach adulthood how to do these things in tangible and concrete ways. 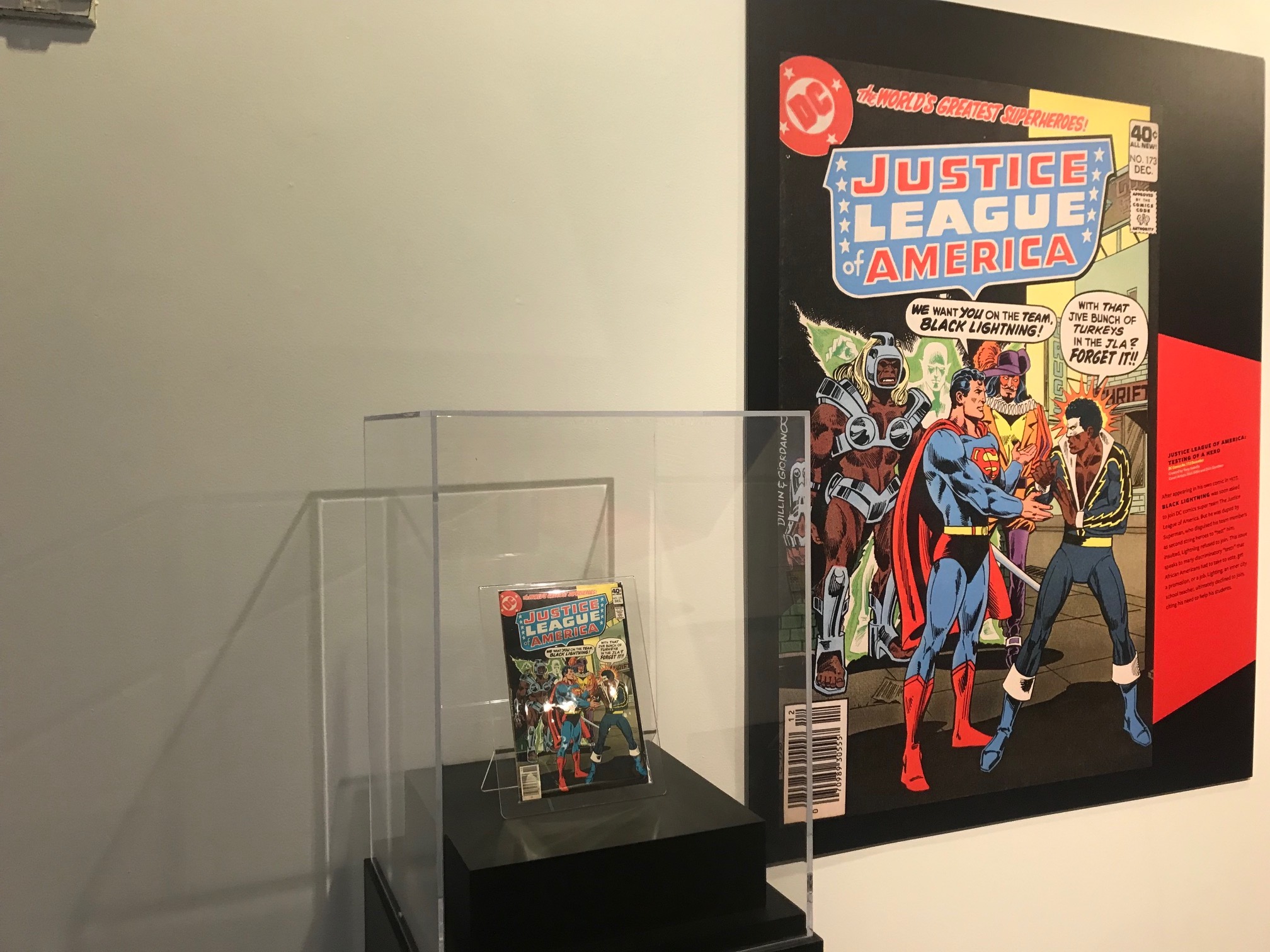 EMPOWERED! Black Action Figures, Superheroes, and Collectibles is made possible thanks to a generous donation of collectibles by Robert L. Hall, former Director of Education at Washington D.C’s Anacostia Museum. If you have a young child in your realm, a love for comics, or just want to see a life-sized Ororo Munroe suspended from the ceiling, this is an exhibition to see. It is inspiring and reminds all of us what is possible outside of the orthodox. 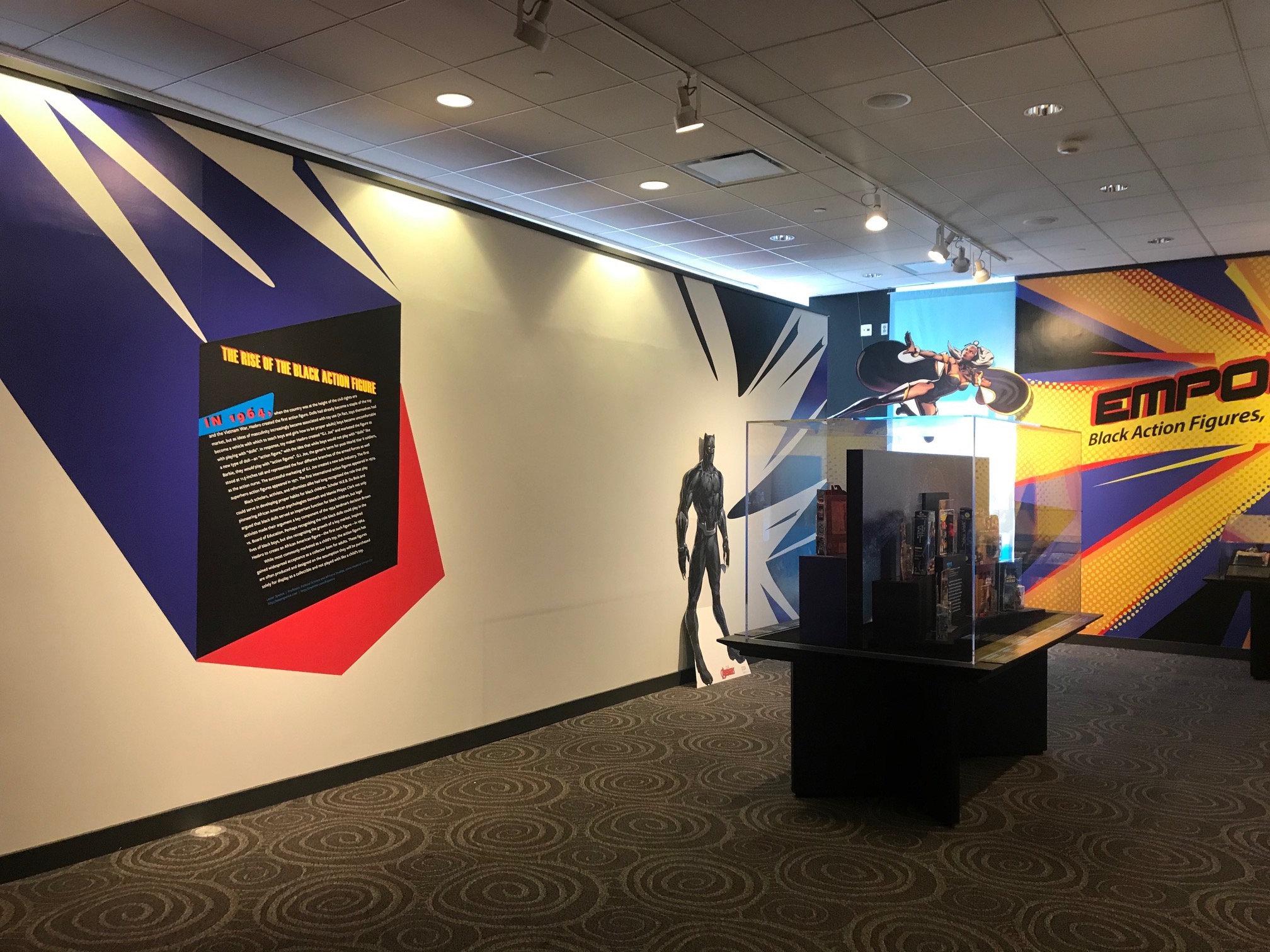 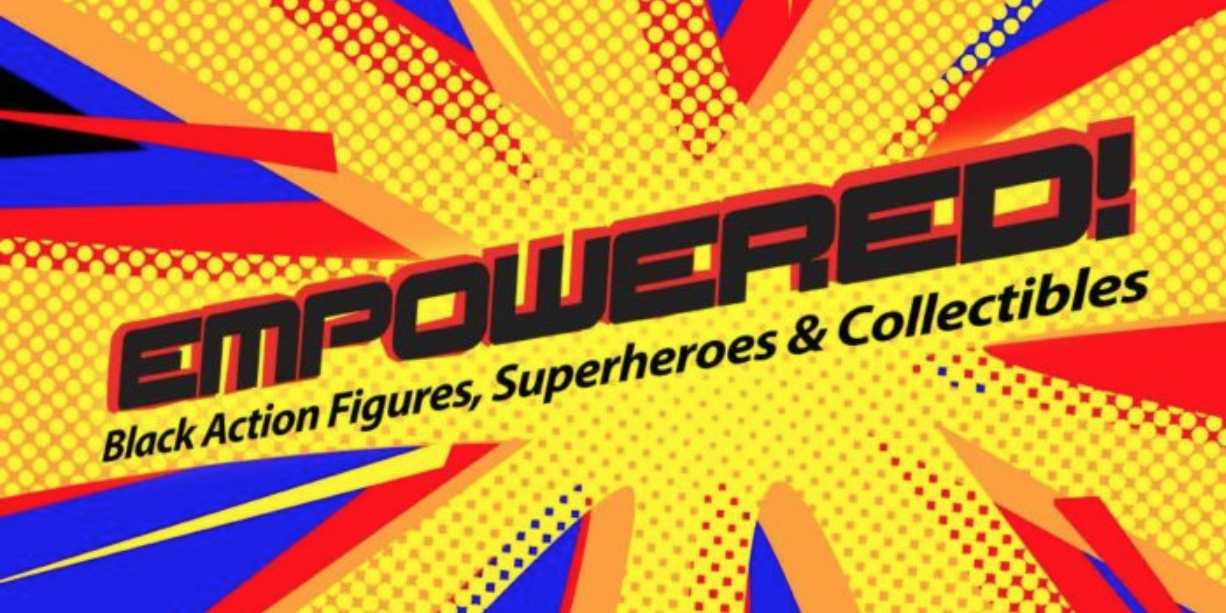 About the Lewis Museum

Located in the heart of Downtown Baltimore, the Reginald F. Lewis Museum of Maryland African American History & Culture is the premier experience and best resource for information and inspiration about the lives of African American Marylanders. Their Exhibits explore local African-American heritage through themes of family, community, slavery & art.