GBCA is thrilled to report that Carla Brown, a 2014 Rubys Artist Grantee in Media Arts, has embarked on the first leg of her cross-country road trip to begin filming Everyone But Two: The, Life, Love and Travel of Benjamin and Frances Graham. The documentary will retrace the route taken by her African American grandparents as they criss-crossed the United States by travel trailer starting in the 1960s 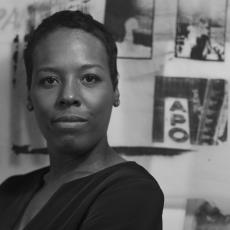 Everyone But Two: The, Life, Love and Travel of Benjamin and Frances Graham is a documentary that will record the artist tracing her African American grandparents’ journey, by trailer, thru the United States. Beginning in 1965, a turbulent time for race relations in the United States and with no prior camping experience, the Grahams began their travels. The very week they began their travels, Congress passed the Voting Rights Act of 1965 and the Watts Riots erupted for which 14, 000 National Guardsman were deployed, 34 people were killed (31 African Americans), 1,000 were injured, and 4,000 were jailed. They then traveled for 35 years, in 3 trailers; 94,219 miles; spending $32,000 to every state but two. Carla will use as her guide, her Grandfather’s meticulous log that tracked every detail of their trip; i.e., routes driven and amounts spent on gas, groceries, and camp fees. In conclusion, using an itinerary prepared by the Grahams, she will travel as a surrogate to Alaska and Hawaii, document the trip, and share her experience with the Grahams, thus completing the journey to all 50 states for them. http://www.everyonebuttwo.com/ 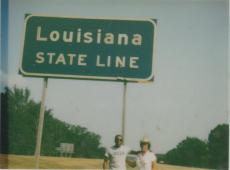 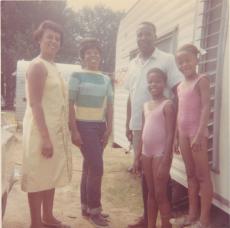