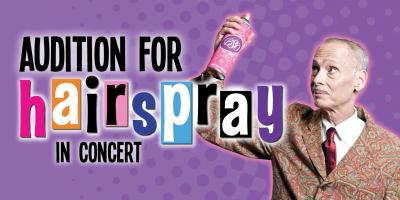 The Baltimore Symphony Orchestra has put out an open call inviting singers, actors and performers to audition for supporting roles as Nicest Kids in Town and Record Shop Patrons in the orchestra’s upcoming semi-staged production of Hairspray: In Concert June 2-5, 2016 in Baltimore at the Joseph Meyerhoff Symphony Hall and at its North Bethesda home at The Music Center at Strathmore.

Hairspray is the story of Tracy Turnblad, a Baltimore teenager whose dream is to dance on the fictional Corny Collins Show. John Waters’ acclaimed Broadway show calls for several teenaged actors to play Nicest Kids in Town, backup singers and dancers for the Corny Collins Show, as well as Record Shop Patrons, kids Tracy interacts with who frequent Motormouth Maybelle’s Record. The BSO will cast several teenagers in these roles, and seeks talented individuals to submit video applications for consideration.

The BSO is mounting Hairspray as part of its Centennial season, a celebration of the orchestra’s 100 years as a vital resource to the Baltimore community, featuring appearances by the world’s most renowned artists, many of whom got their start on the BSO stage; exciting signature projects and large-scale productions; world premieres of vital new work; and collaborations with cultural peers across the region.

All submissions must be submitted via email only to [email protected] by close of business on Monday, March 28, 2016, in order to be considered. Finalists will be invited back for live auditions on Friday, April 1 and Saturday, April 2 in front of the production team and judges. Additionally: